Gigi is in the hospital.  First report was that she'd fallen, which is significant enough at 94, but also that she was also only semi-conscious.  She'd fallen a couple months ago without breaking anything but was taking a long time to heal.  I don't know if it was because this was her second fall, the words semi-conscious, or knowing we were overdue for a visit but I put on my out of office greetings and told the boss I was going California.

Never have I been so grateful for Matt's flight benefits.  I drove home, threw god knows what into a bag and was at the airport with nary a thought.  My sister called from the hospital mid-process and said it wasn't just a fall, she had an aneurysm and bleeding in her brain.  Apparently it's a LITTLE aneurysm and brain bleed, as these things go, and she has improved, is talking & answering questions appropriately, but I'm sitting next to her in ICU right now and... well, she's in ICU and apparently has a DNR.  A fractured hip would have been better.  I don't even know what to say about the DNR.

I've spent time in the NICU, PICU, and now the ICU, watching people I love sleep with one eye and their heart rate monitors with the other.  Not exactly a trifecta of awesomeness but we are very very fortunate - fortunate she's getting good care, that I was able to come here to be with her without pawning my car for a plane ticket, and that our family, for all its warts & blow ups, rallies when it matters.

We're also apparently damn lucky she's here at all.  She was on the phone with her bank when they heard a sudden clatter.  Instead of hanging up a probable dropped call, they called 911.  Her neighbor rode with her in the ambulance and knew to call my dad.  Much as I don't like most of them much of the time, people matter.

If y'all have been reading along, you'll know I'm not religious and wouldn't know a prayer from a telegram (I'm going to hell for sure) but if you want to send some warm healing thoughts out into the universe, I wouldn't mind.  This blog exists because Gigi got a computer one Christmas and it was easier to post her great-grandchildren's pictures on line, then to print & ship.  Laziness, the seed of every great idea.
Posted by krlr at 2:55 AM 4 comments

Is winter over yet?  Can it be?  Please?  Now!?  I don't think this house has been un-infectious since November.  One person gets over something, passes it along to someone else, and then promptly goes out and picks up a brand new set of symptoms.  We are a swirling mass of virus and bacteria.  Wanna come over for some wine?

This weekend, much to my delight, the symptoms included midnight vomiting.  Remember that scene in Stand By Me where one person starts vomiting and the smell makes everyone else start puking too?  Yeah, sort of like that.  We later turned the news on to hear that some new especially virulent strain of norovirus was running amuck.  This article calls it the "Ferrari of the Virus field".  I always thought getting a Ferrari would be... I dunno... more FUN.

So the washing machine hasn't stopped and select portions of the carpet have been steam cleaned.  I did sneak out for a 4 hour breakfast at Denny's with the ever lovely RK yesterday (for the record, it was before I heard about the Ferraris, though I didn't let her hug me and we had separate creamers), so it hasn't been all grim pestilence around here, but I don't think a certain little girl is leaving the house tomorrow.

I also, in one brief shining weekend, ran a half marathon with my un-tagable, once-internet-now-IRL friend at Disney.  I'd signed up in a giddy moment after seeing it linked on FB, not realizing that maybe taking the family to Disney two months after a trip to Ireland and mere weeks after Christmas might not be the most fiscally responsible decision ever, but lots of people have survived on bread and water for a lot longer than we're going to have to, so Win!  I still have to upload pictures so will save that story for another day (spoiler alert:  I did not win).  Just wanted to pop in here & let y'all know we're still hanging on by our cracked, dry, over-washed hands.
Posted by krlr at 10:14 PM 5 comments

...Where were we?  Oh yes!  After 10 years of domestic isolation, Matt & I were happily forced to renew our passports.  Matt's oldest friend was getting married in Ireland and thanks to Matt's flight benefits & my dad, who agreed to mind both our two and four legged minions, we were able to make the trip.

Matt left early and was there for a full week, drinking his way across Eire in what might have been the longest bachelor party ever.  I played single parent for a few days without needing a plumber or ER room (success!) and didn't begrudge him the time - except when I had to reach him on his cell at $1/minute to sort through our new insurance options.  He had just finished a tour of the Jameson whiskey plant.  It was not a productive conversation.  Matt is, however, now an official Whiskey Taster with a Certificate to prove it, so if I can get my $5 back, we're all set to go buy the proverbial coffee and some aspirin.

My flight east was uneventful (aisle seat! no neighbors!) but Matt picked me up from the airport in his brand new rental car and immediately tried to pay for the trip by collecting my life insurance. 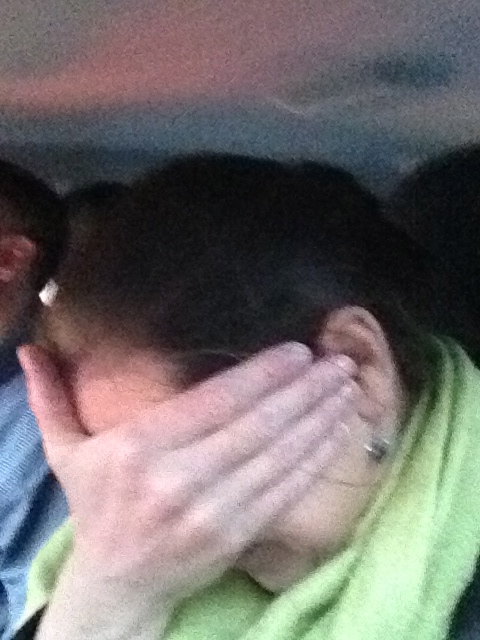 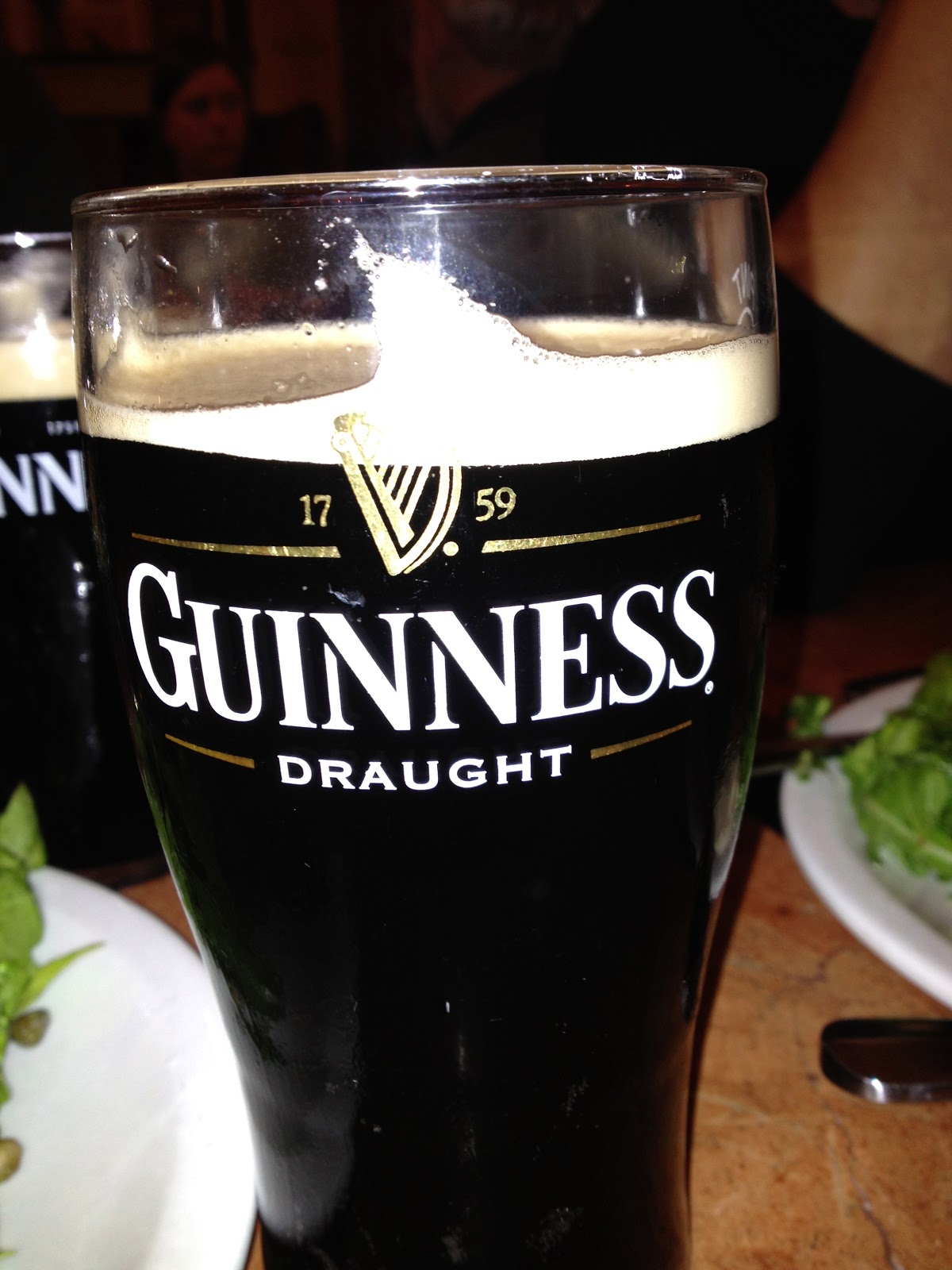 We hit a pub in Dublin that night to recover, met one of my dad's friends for breakfast the next morning, and then had exactly 32 seconds to sightsee before leaving for the west coast.  Lucky for us it was just long enough to catch a leprechaun. 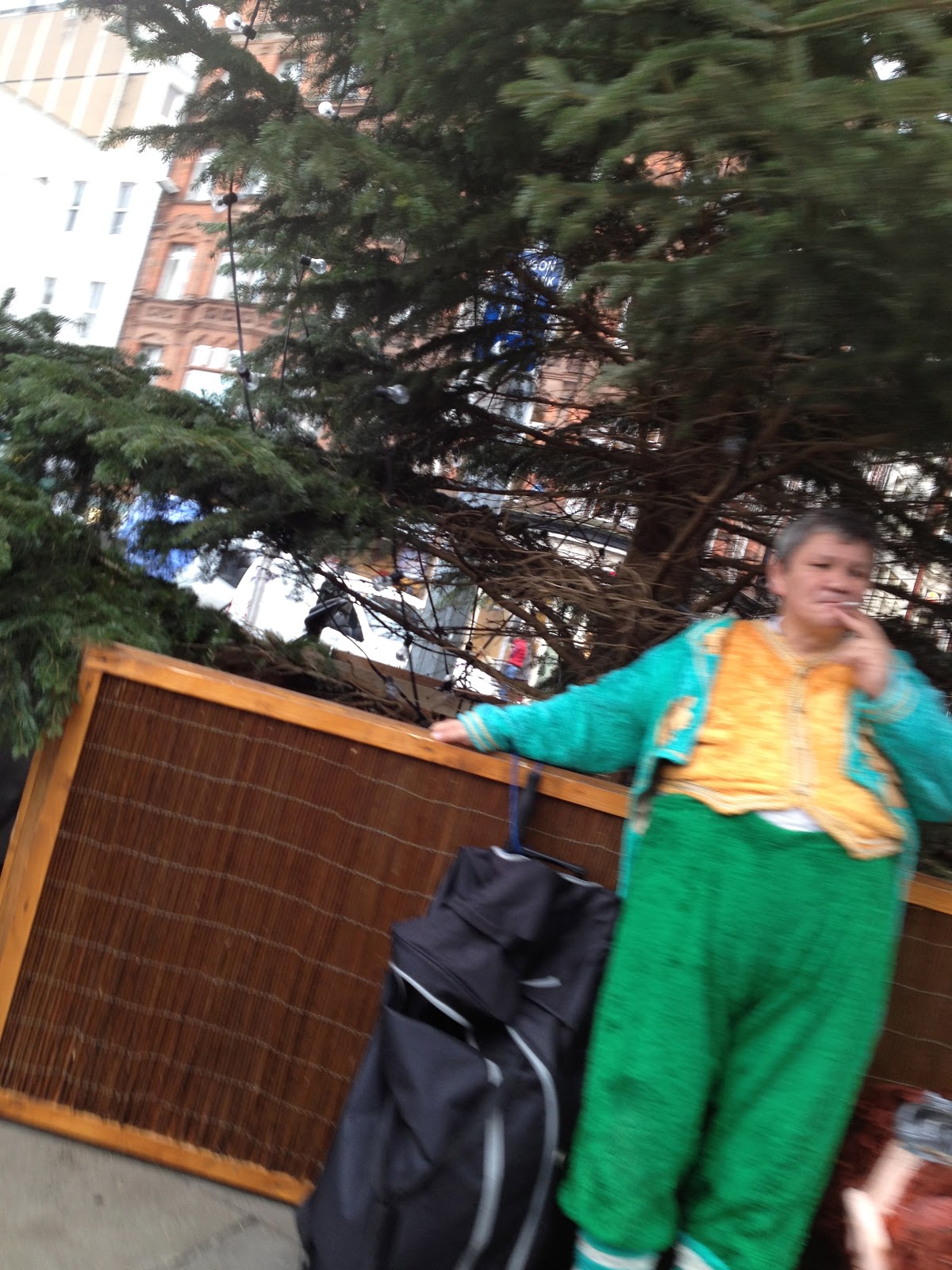 The wedding was in an amazing 16th century castle, complete with its very own Irish Wolfhound.  There was a cocktail reception the first night, then everyone took off for more pub crawling.  We had great intentions to Party Across Europe but we'd skipped lunch so grabbed a bite in the oh-my-goodness-amazing hotel restaurant.  All motivation disappeared somewhere between the 4th and 5th course, and then they served something involving warm chocolate and Devonshire cream for dessert that was a breech of propriety to eat in public.  We didn't make it out that night.... but sadly because we were too full to move, not for any more interesting reasons.  Please don't revoke our passports! 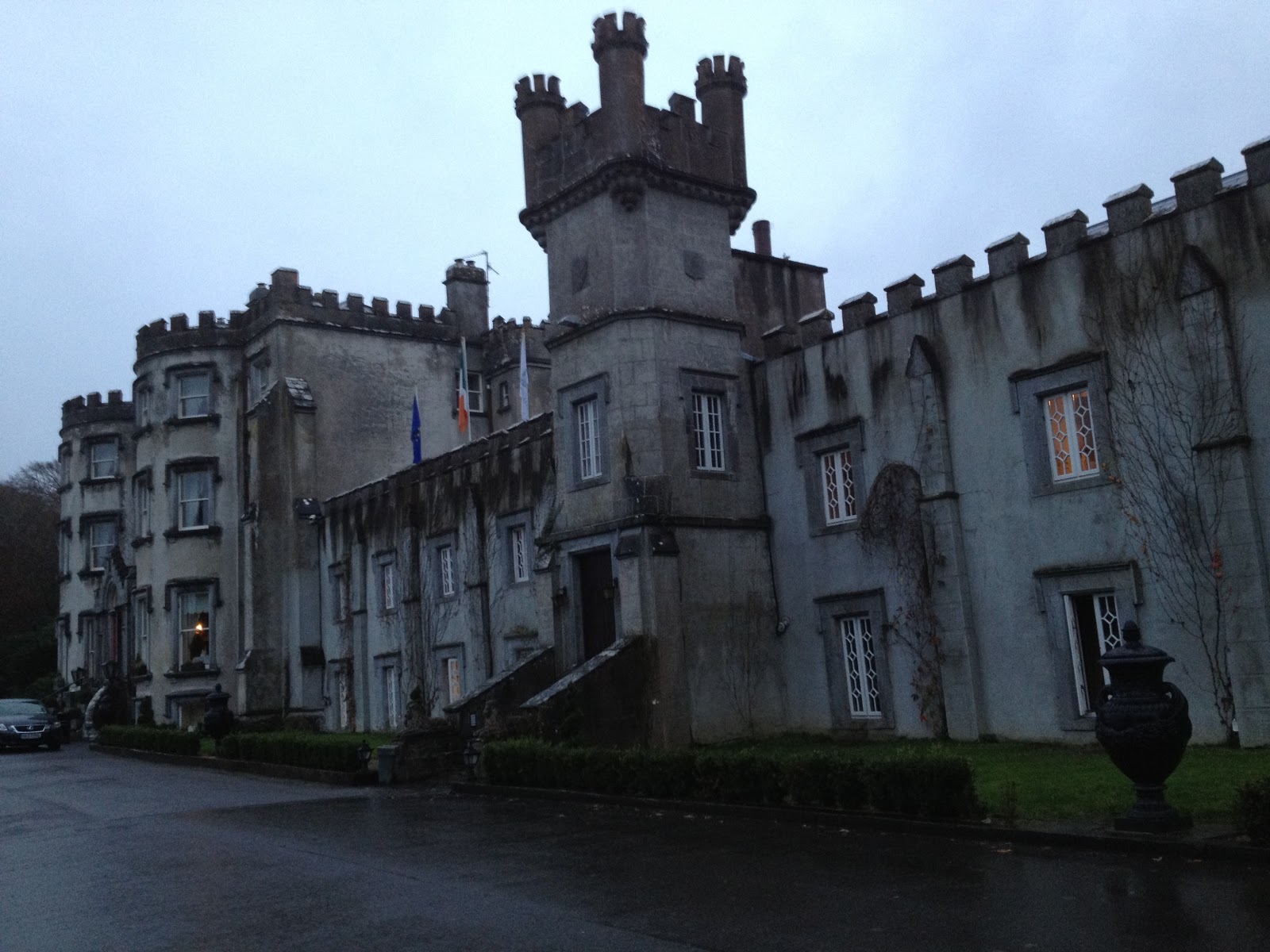 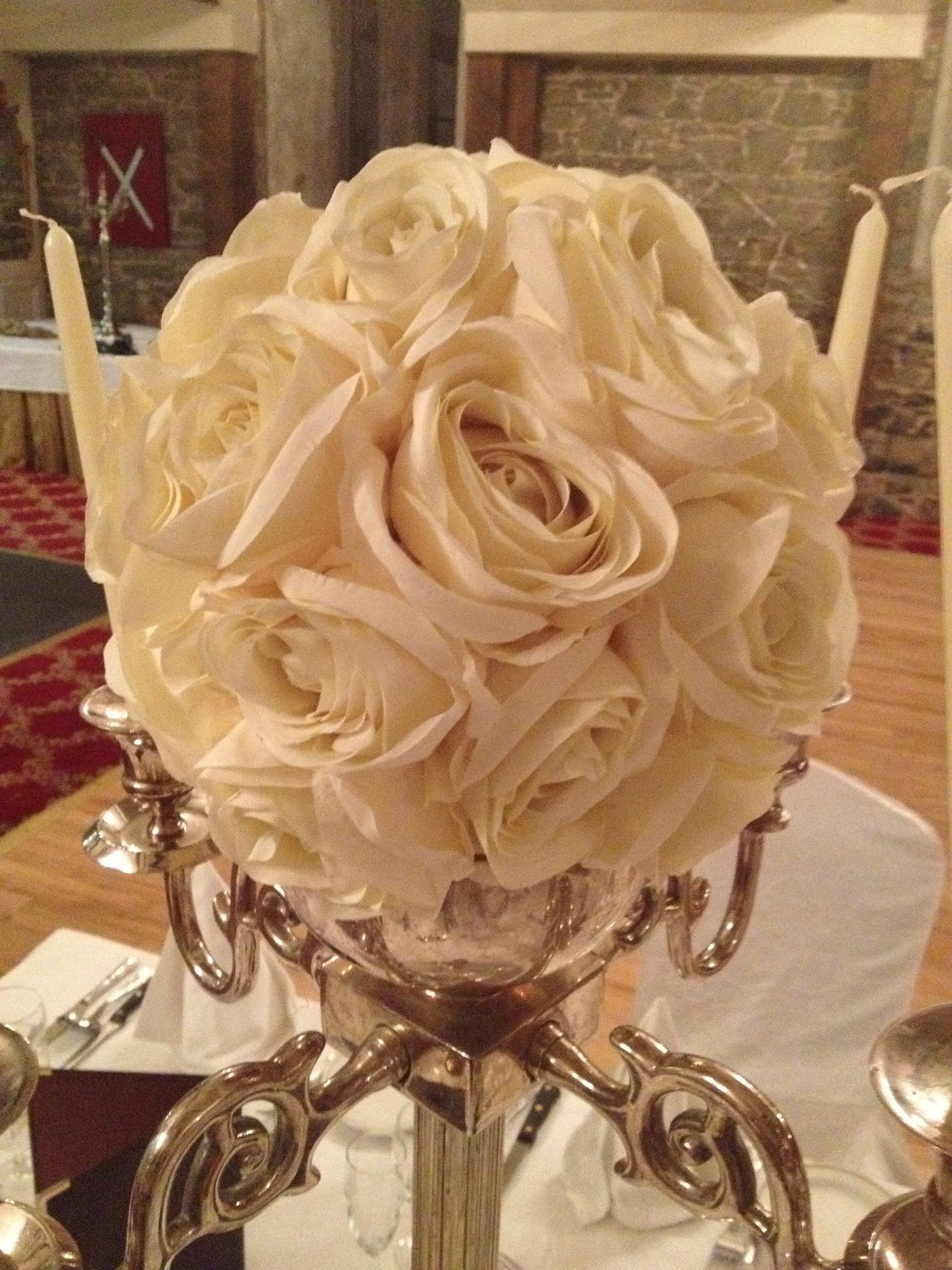 The wedding itself was perfect - elegant, warm, sweet, funny, & full of love.  No white dresses though.  Theirs isn't my story to tell but they met just after Matt & I got married - which was a long, long, long time ago.  And while they didn't necessary need to travel across the pond to make it official (though I'm thrilled they did - Castles!  Wolfhounds!  Guinness!  On tap!), I find it pretty asinine they didn't have the option to do it at home.  The only thing undermining my marriage in the process was Matt's driving.  And maybe that chocolate dessert. 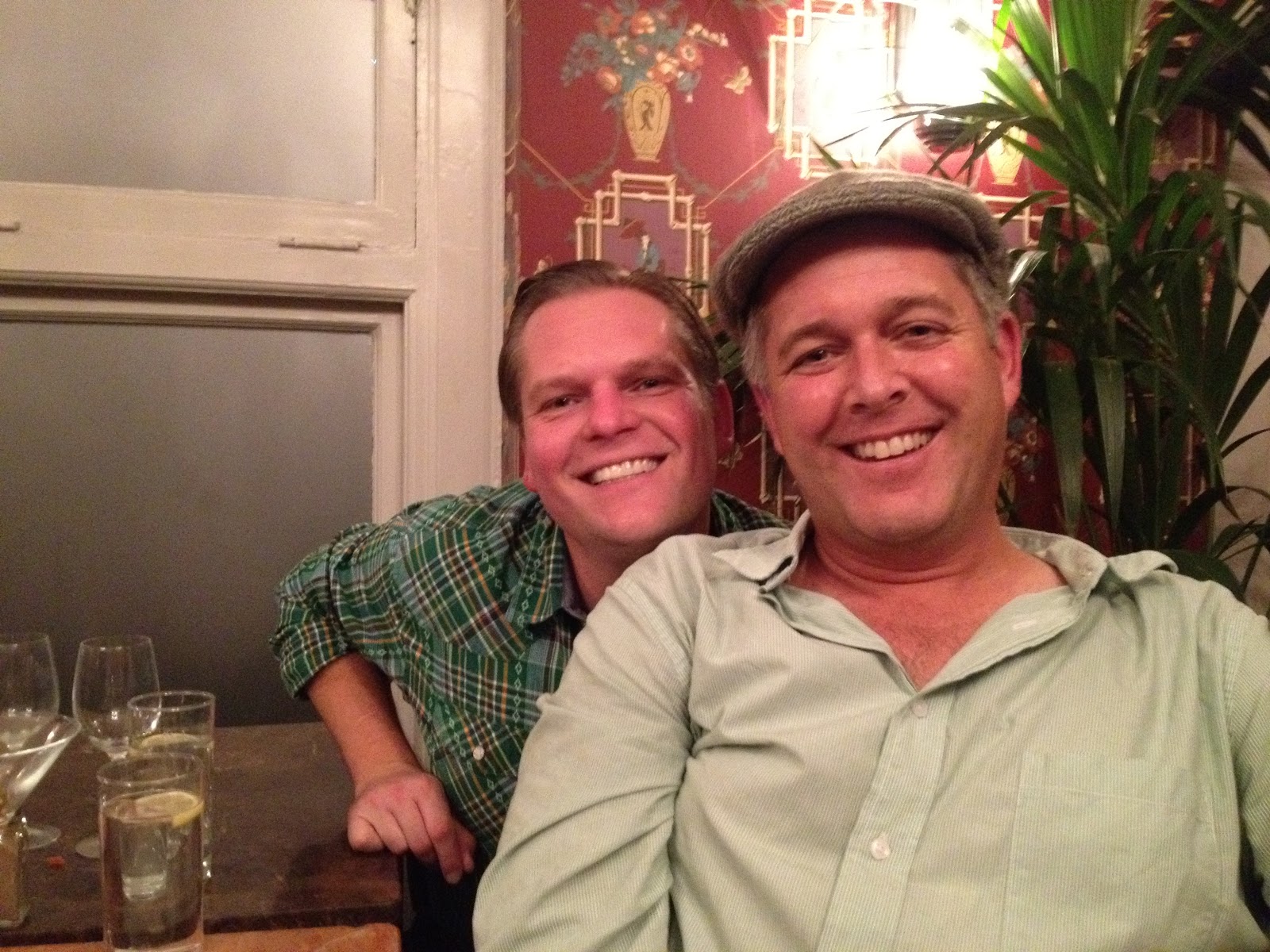 So there.  Lecture over.  Congratulations you two! 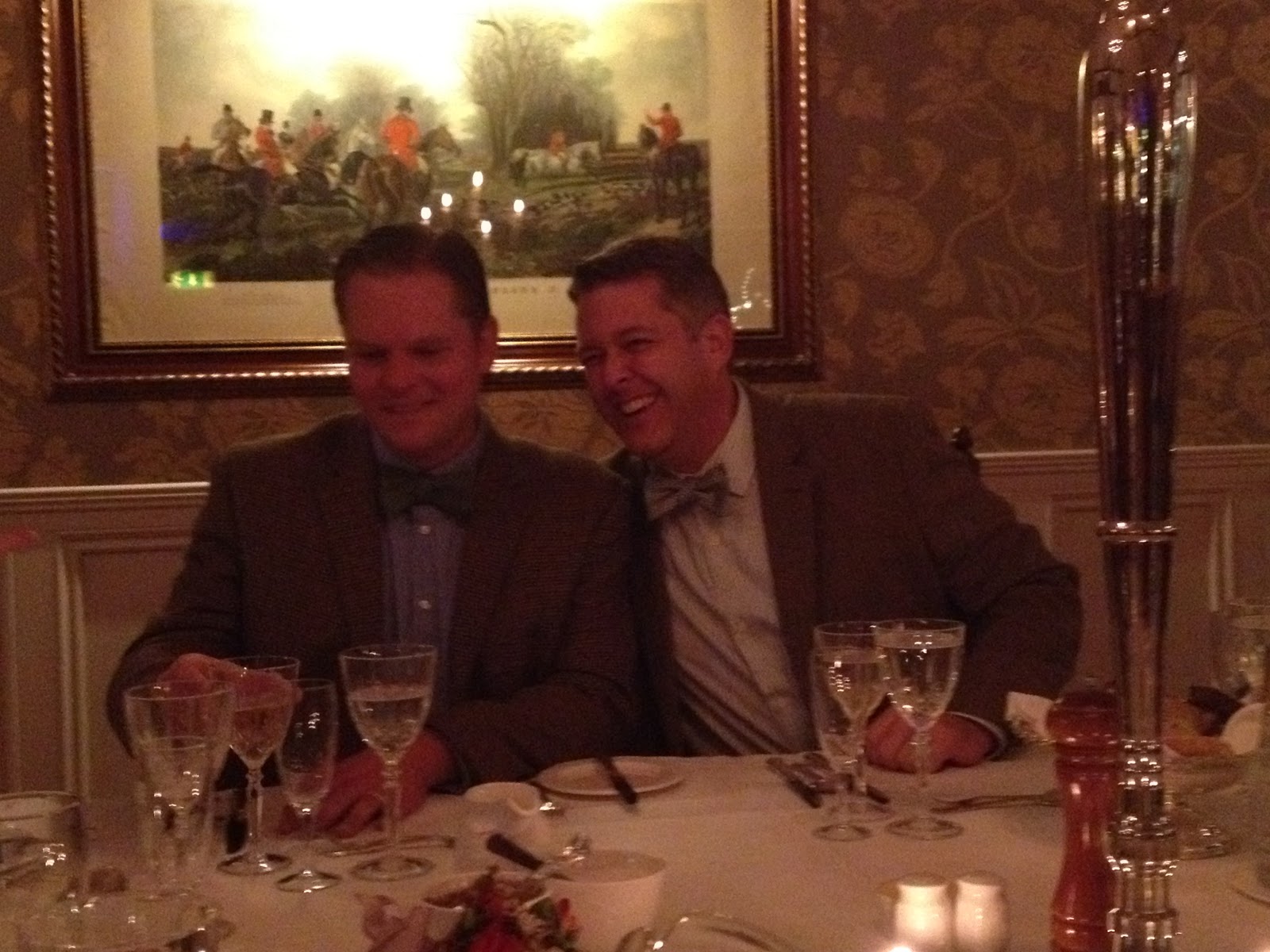 Oh, wait!  You knew that was too easy, right?  Naturally, there were shenanigans getting home.  We had to leave at 3o'clock the morning after the wedding, which somewhat limited the festivities, and I ended up dropping Matt off at one airport then driving cross-country on maybe 2 hours of sleep to get to a second airport.  Which all would have been fine, except I later learned my dear sweet spouse flew home in first class.  I?  I flew home in coach in the MIDDLE seat (of FIVE!) and then nearly got stranded in Philadelphia.  That part wasn't so good for the marriage either but the lifetime foot rubs will probably help. 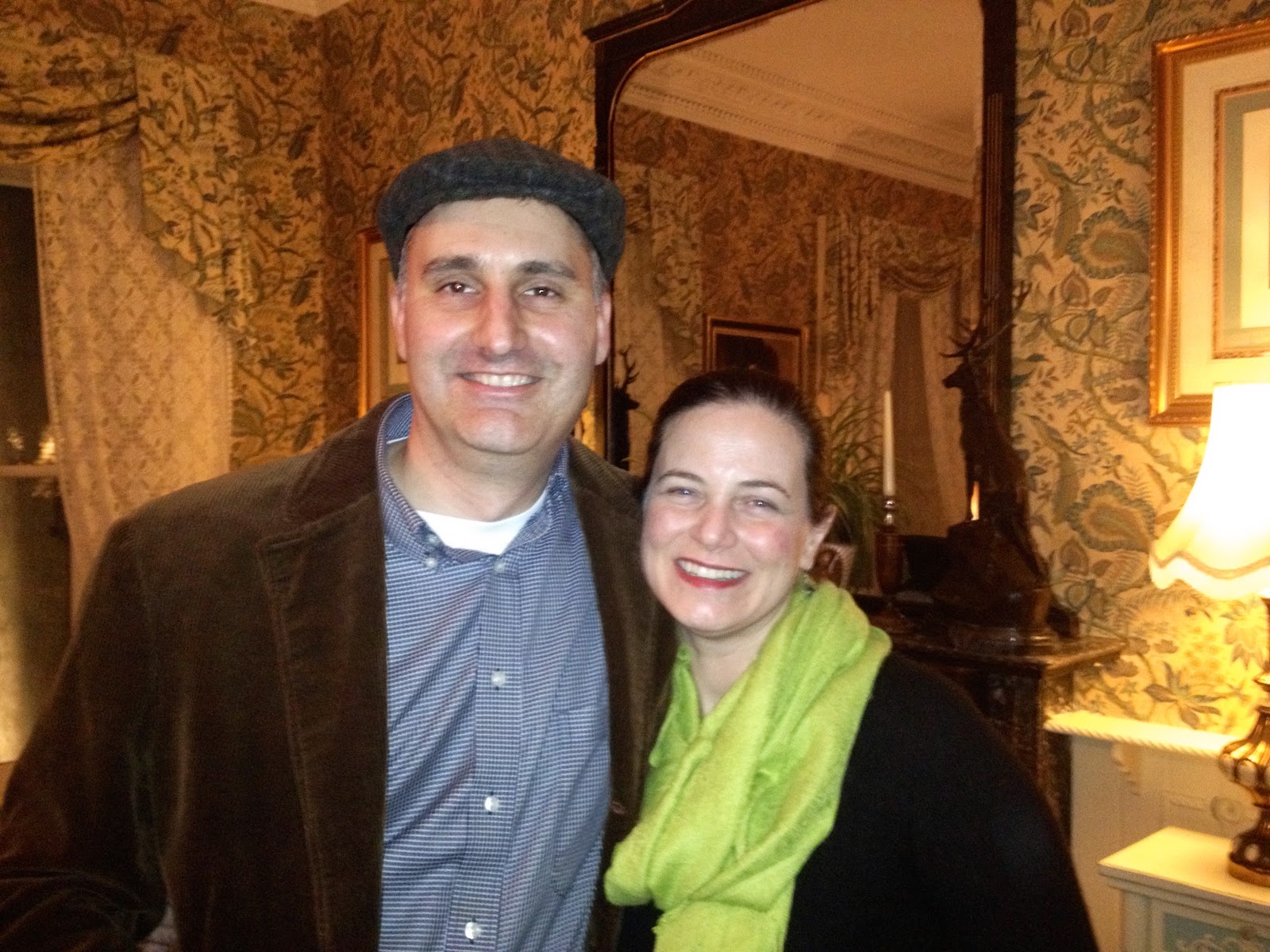 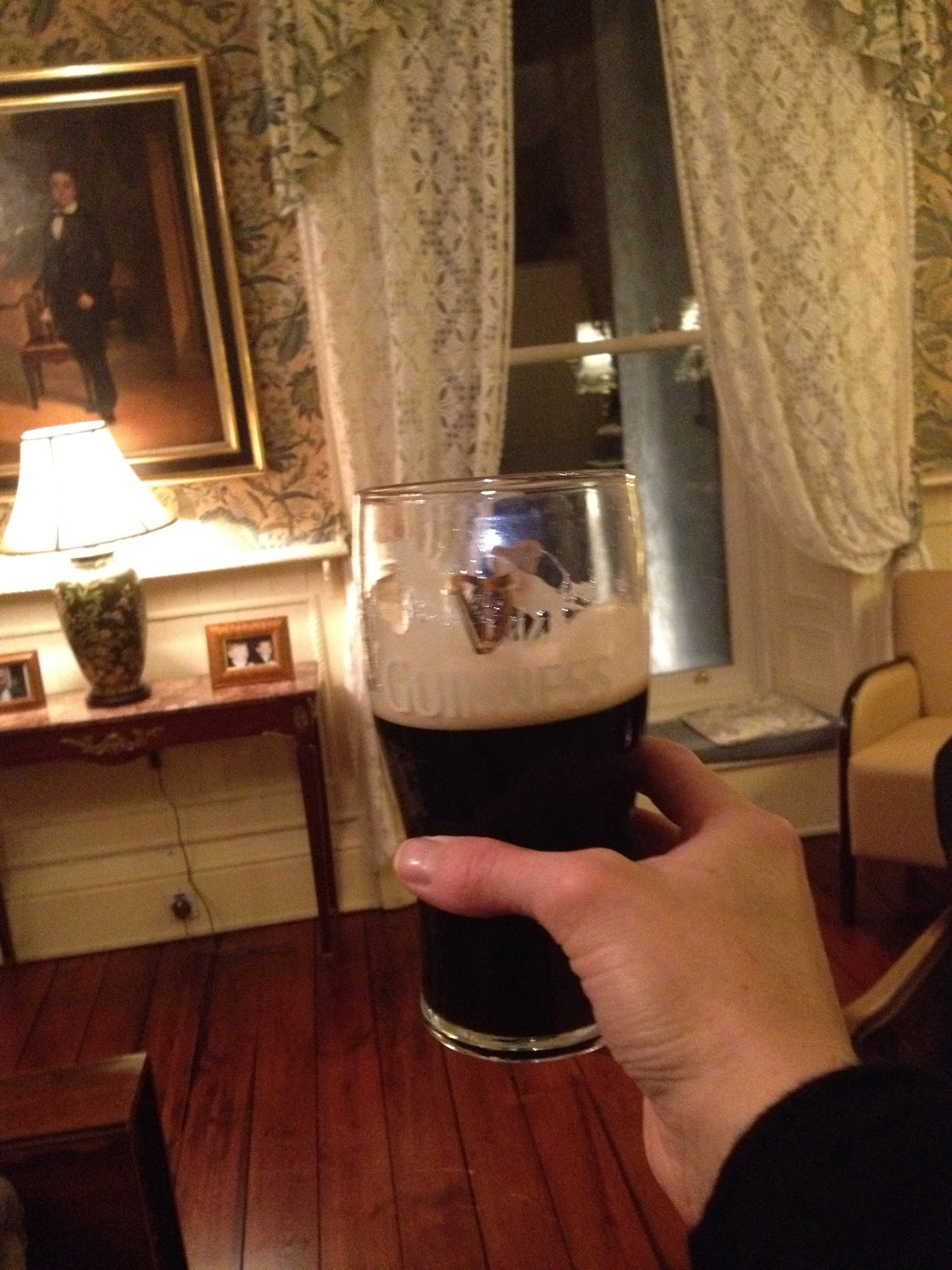 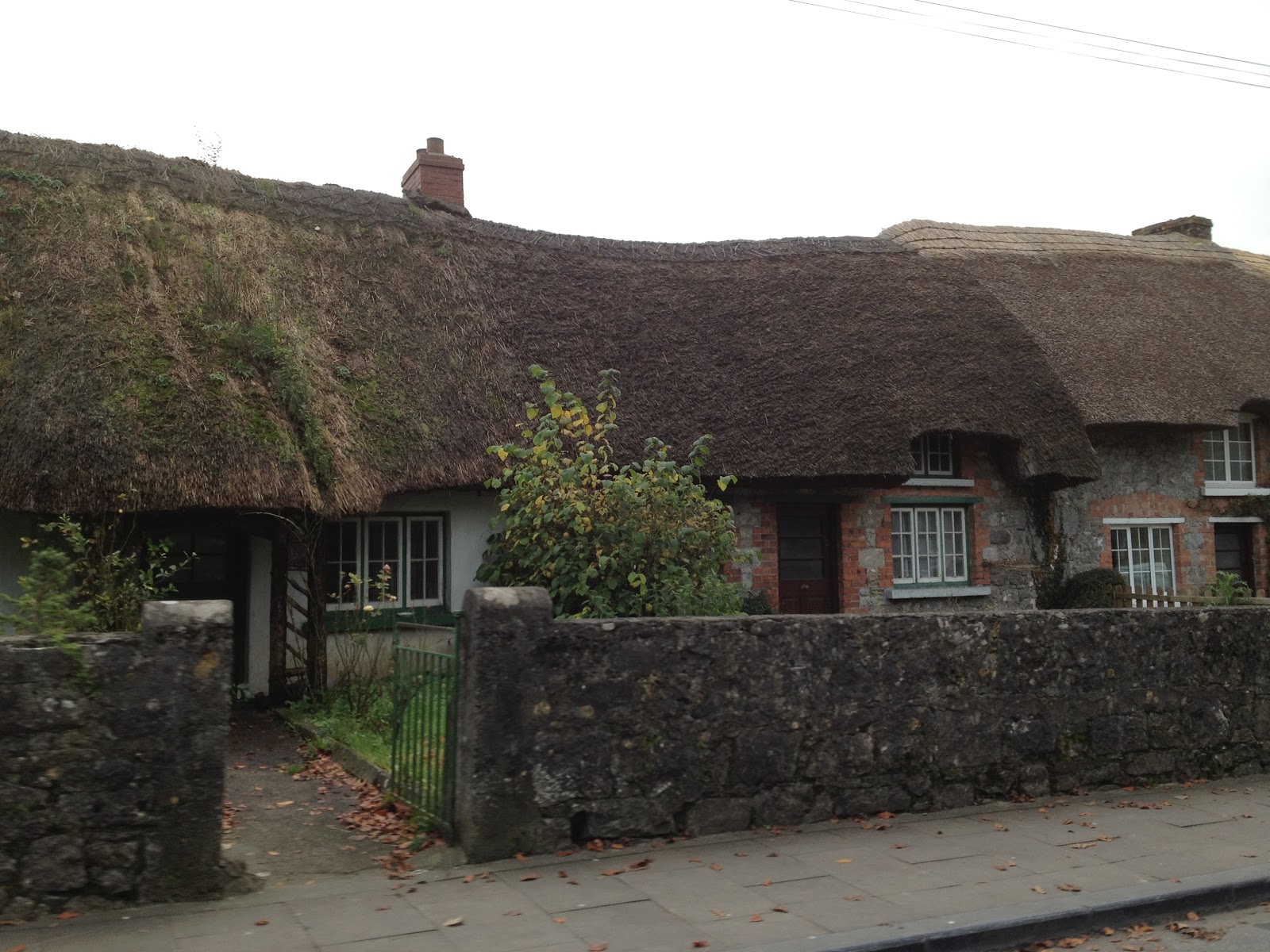 Requisite Armor in the Castle Shot 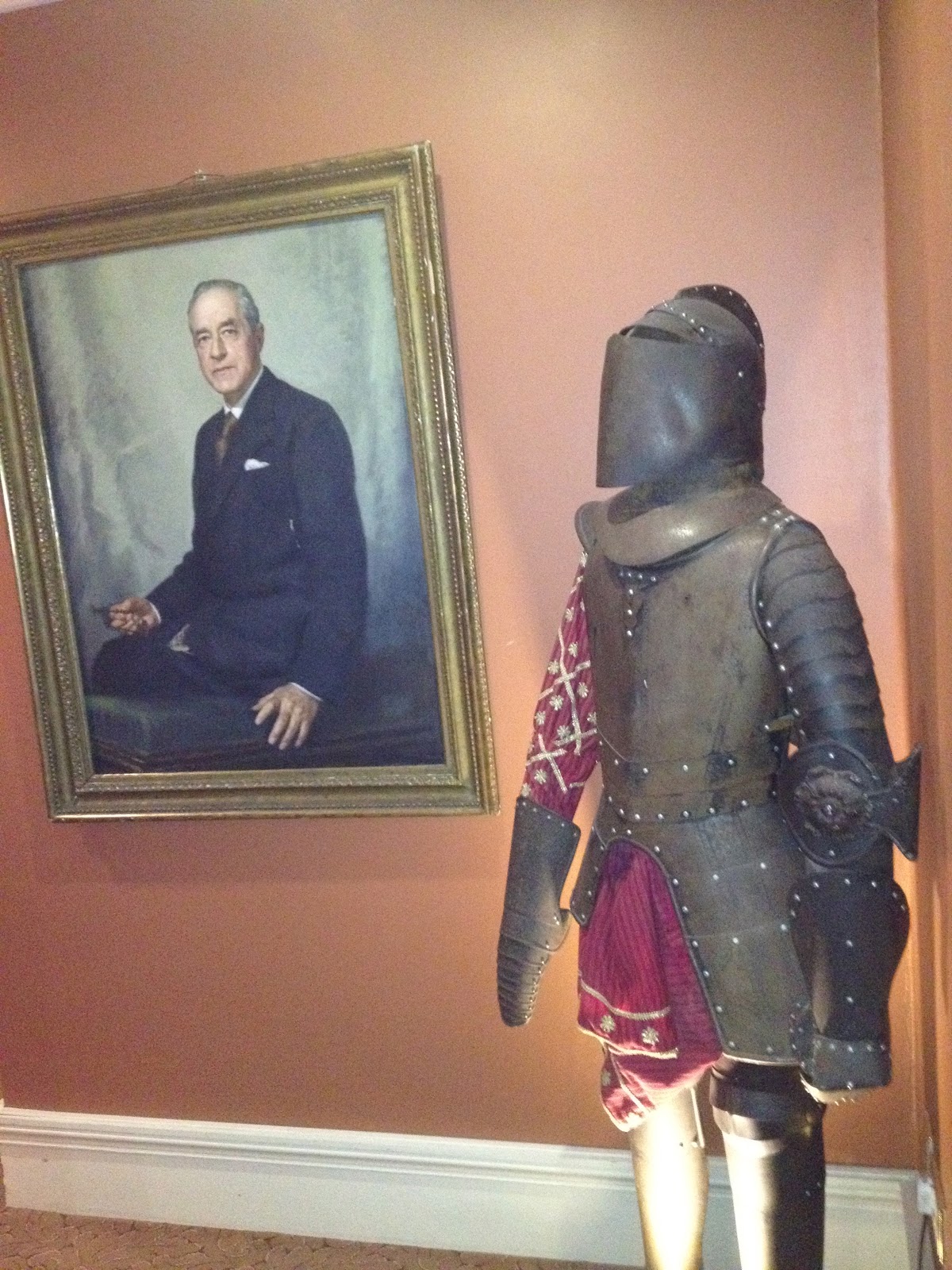 Completely non-Standard Massive Picture of a Dog in a Feather Boa,
Hung mere feet away from the Requisite Castle Armor.
Loved this place! 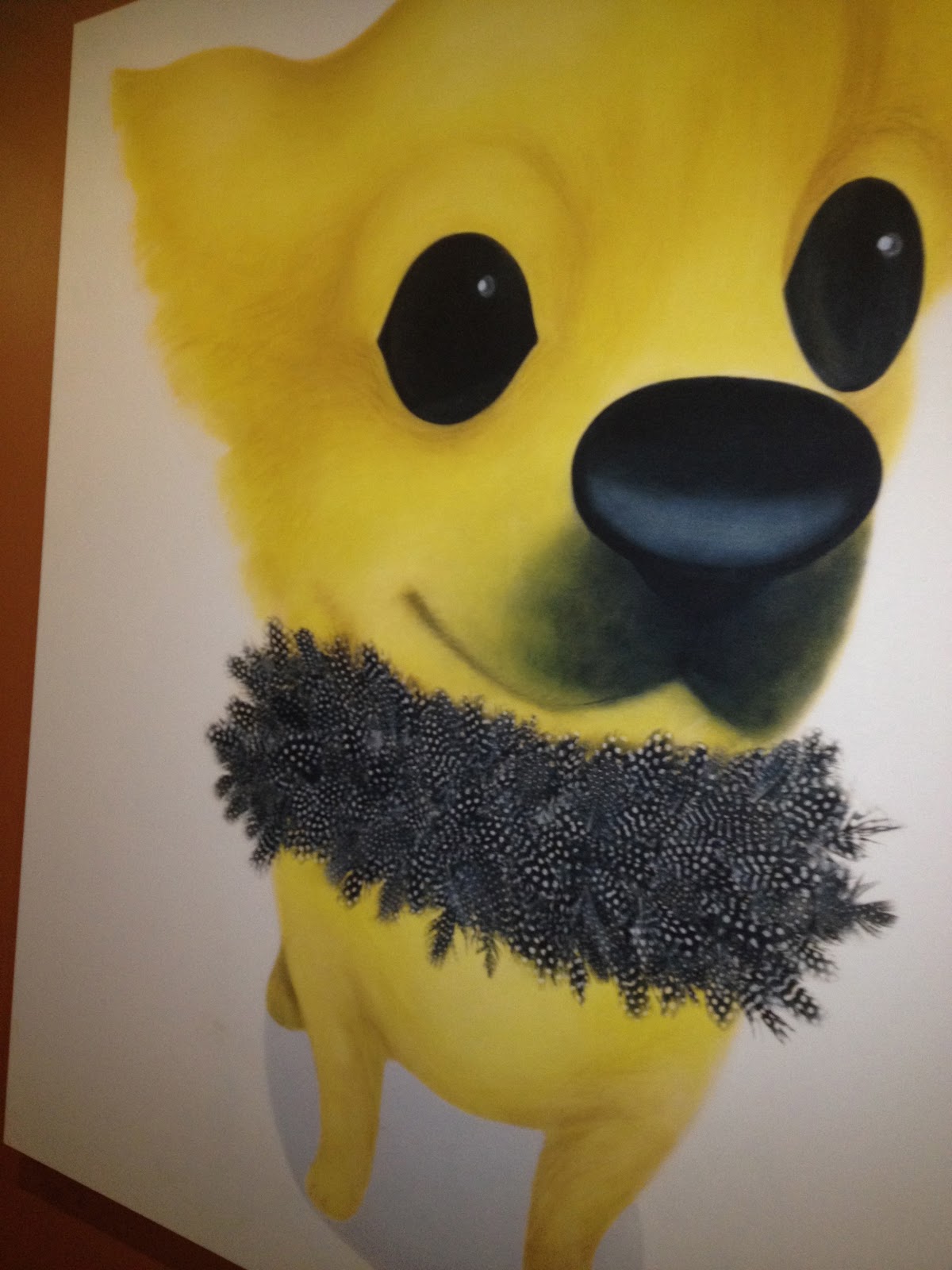 Requisite Shot of the Rock Wall My Husband Nearly Drove us Into. 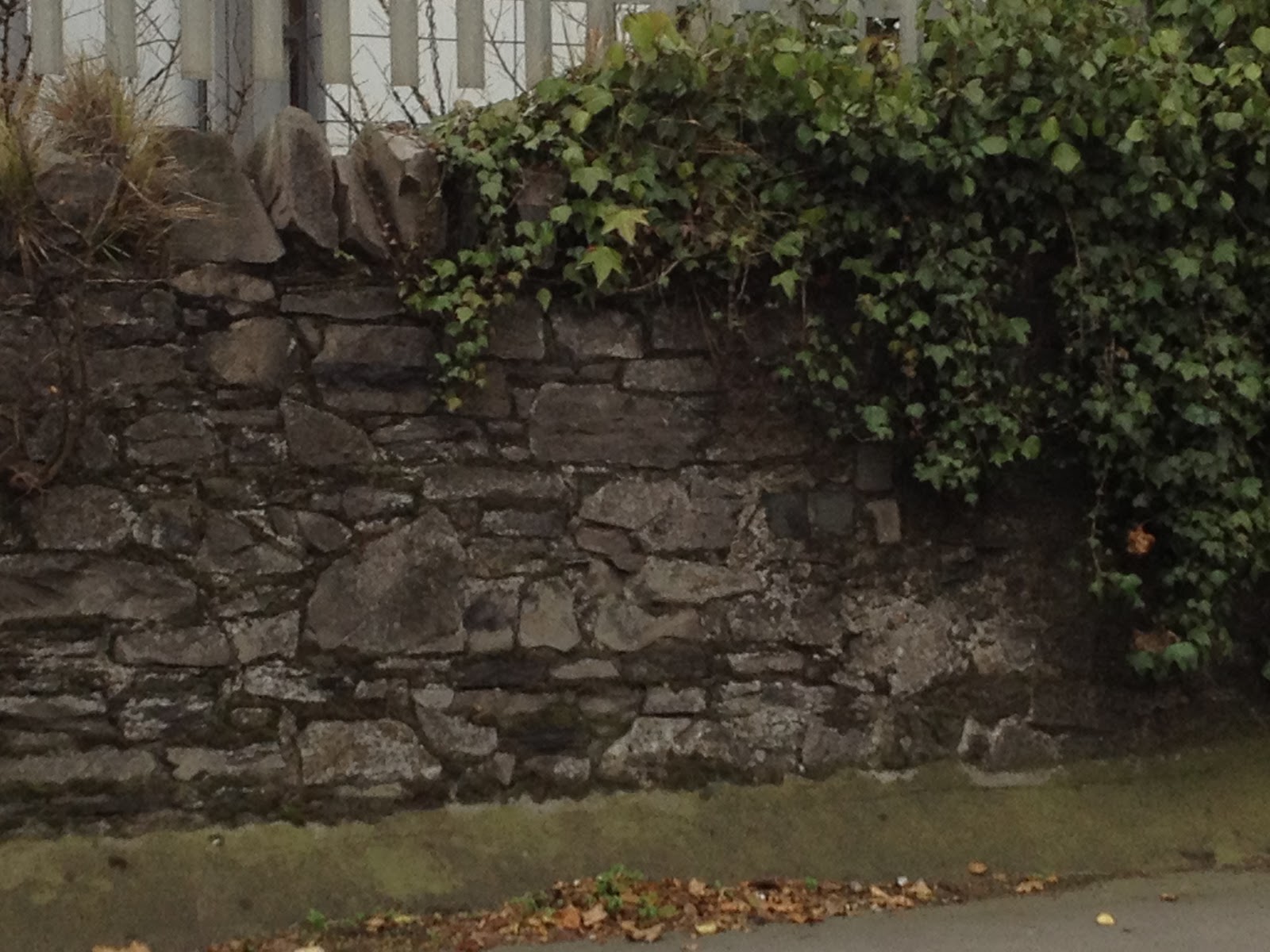