I was never a huge fan of corned beef but I'm a sucker for anything that'll go in a crockpot & there are those pesky traditions to honor.  Though we made Reubens, not potatoes, and I skipped the sauerkraut.

Gigi would have made a massive spread with both red and green cabbage, and homemade sauerkraut.  She loved to cook elegant, complicated meals and I am always a little ashamed on those nights my children end up with a sandwich or scrambled eggs.

Not that she was perfect, of course.  She once brined a pork roast till it nearly crystallized and one St Paddy's day dinner forgot the cabbage. The horror!  We were all too polite to say anything, for which we were roundly scolded later, but she did laugh about it - several years later.

I don't know if it's genetics or a sub-conscious twitch but I've forgotten something at every dinner party I've ever thrown.  Let's call it an homage to my elders (& not what it really is - poor organizational & time management skills).  Every time it happens though, I think of Gigi's cabbage and laugh.

There is family drama in settling Gigi's affairs & people are behaving poorly.  The fact that she hasn't actually returned from the dead to shame them has killed any lingering hope I might have had in the afterlife.  My faith in the living has always been shaky, I just hate it when I'm right.

But despite the salty meat and family shenanigans, tonight I ate corned beef, drank Guinness, thought of my Gigi, and smiled. 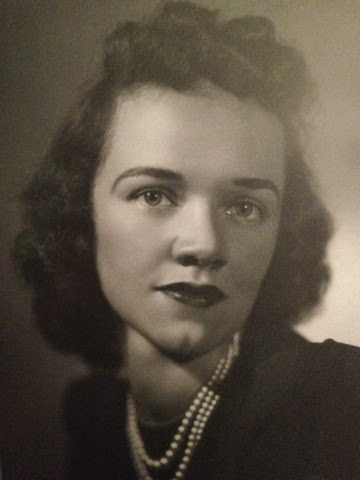 Beautiful young people are acts of nature, But beautiful old people are works of art.
Posted by krlr at 9:50 PM 2 comments

Yesterday morning I wondered if I could write a little bit, every day.

BWAHAHA.  Then I fell out of my chair with the sheer ridiculousness of that idea.

I remembered my mom emailed me a random funny blog post, many, many years ago, with the suggestion I start my own blog.  "Oh, no," I said with my usual unerring prescience, "You need to be a little unbalanced to write a blog. Those people take entirely inconsequential passing moments and turn them into A Thing and who has time for that?" 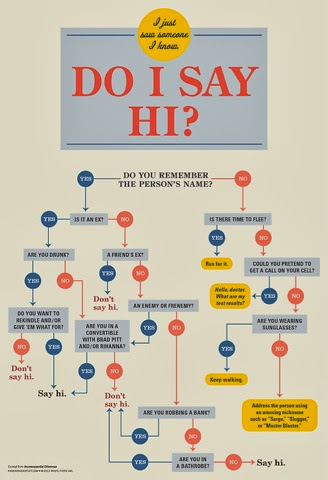 Please forgive me, I knew not of what I spoke - apparently I AM a little unbalanced and can spin three paragraphs out about absolutely nothing.  Or, as one kind reader recently pointed out, three paragraphs of "drivel and whining."

Not to say any of y'all are unbalanced.  My favorite fellow bloggers actually seem extraordinarily competent & level headed, even in the face of some epic level bullshit.  I, however, can't write about work for fear of getting fired and my extra curricular activities are curtailed by budget & the time restrictions of said job... So I end up with whining drivel.  I was going for "struggling for work/life balance" but alas. Apparently. 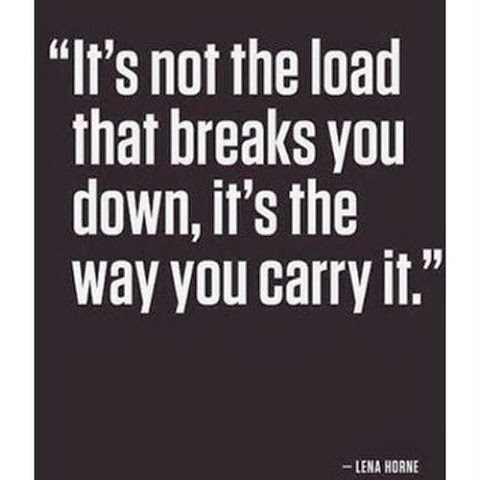 The only time I was (intentionally) dickish online was when someone waxed on about the "right way" to blog and criticized various others' headers, fonts, & post lengths.  Apparently I'm a latent libertarian as this random inconsequential post filled me with rage. How DARE someone presume there is a "right way"?  The Internet is home to everything from cat videos to impassioned essays for justice - but nooo, let's start culling the poor assholes who don't recognize the incontrovertible superiority of Times New Roman over Arial. And don't even get me started about comic sans. 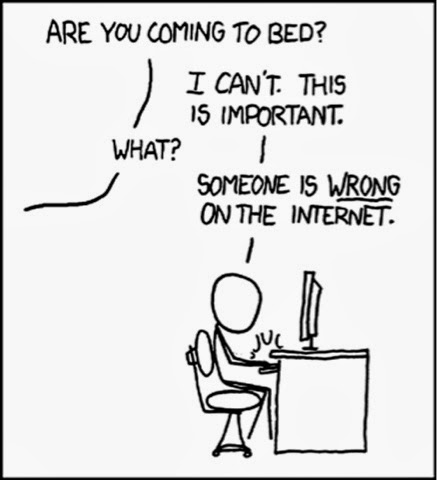 Or -and here's a novel idea- the High Inquisitors of Social Media could simply move on and read something else.  Or saaayyy... do the dishes.

I very nearly just took this blog private but that is really, really annoying what with all the passwords & secrecy & stuff so I will formally state, for the record, that if you don't like the drivel found here there are some really awesome cat videos over on YouTube.  Also?  Go screw yourself.

Diary of a Single Mom.

Editor's note:  There may have been a *slight* delay between the writing and the publishing here so you should probably interpret "last weekend" to mean 10-ish days ago.

Matt worked all last weekend, Monday night, and then left Tuesday for Los Angeles, to help my Dad, back from his high sea adventure, pack up Gigi's things.  It was a belated Valentine's Day present for me (I know, so romantic) since my flight bennies are screwed up, I can't miss any more time from work, my low back wasn't up for hauling furniture and -mostly- because I really, really didn't want to see Gigi's empty house.

He was supposed to come back Friday but finally bought a ticket late Sunday after spending two days camped in various airports and a random hotel in Denver, courtesy of Winter Storm, Episode XVII and the airlines' flight cuts.  Yay.

While there was significantly less laundry, we all missed him.  Some of us for more selfish reasons than others.  I didn't go running for 10 days and, well, bless all the single moms out there.  If you know one, go do something nice for her.  Buy her a coffee.  Or tell her she's still pretty, despite the uncombed hair and ragged nails.  I   She might have started crying if you had.

On Monday I was busy congratulating myself for all the Fun! Educational! things I'd done with the kids that weekend and marveling at how efficiently I unloaded the dishwasher while the coffee brewed.  I know!  Genius, right?  I should've gotten an award or something.

On Tuesday I folded a load of towels.  I decided the kitchen counters didn't really need to be wiped down that often but the kids were clean and stories read.  I can prioritize like a boss.

I'm not sure what the kids ate for dinner Wednesday and I KNOW one of them did not brush their teeth all day.  I fell asleep on a pillow pet next to one of them.  The one that kicks.

Thursday morning I couldn't find the large white hairy dog.  He's usually impatiently waiting for me to go downstairs and let him out, but wasn't by the gate.  I thought maybe he'd slept downstairs but he wasn't there either and didn't come when I called.  Holy hell, had I accidentally left him out all night?  Full of remorse and thinking I was going to owe him a big steak, I called.  Nothing.  I saw the temperature gauge - 10 degrees.  Holy hell, I'd let my dog freeze to death!  They were going to take my children away from me and I'd have to move and change my name to avoid the hate mail.
[I found him happily curled up on a pile of laundry in my closet.  SOMEONE in this house insists on closing All Doors and had shut him up inside. *phew!*  All my black sweaters, however, appear unsalvageable].
I got to work at 9 and found out at 10 my father in law was bringing The Boy to my house after school, instead of my OCD OR-clean SIL's.  I rushed home at 11 to frantically hide piles, vacuum up the fuzzy elephant herd rolling around the floor, and throw something in the crockpot so the place didn't smell like dirty boy socks, despair, and large white hairy dog.

Jeeeezzz… house and reputation salvaged from the brink by pure panic grit (and a shockingly flexible schedule).  I fantasized about live in domestic help and bald dogs on the way back to the office.

But I was triumphant by Friday. There was only one morning tardy, no emergency calls to plumbers, fire departments, or in-laws, and *bonus!* I hadn't let anyone freeze to death.  Whoot!

In celebration, we had movie night / camp out in Mom's room…. where I noticed The Boy scratching his head.  There'd been a note a few weeks ago about head lice at school so I panicked and rushed him into the bathroom, fully prepared to shave his head bald, but it was just a rash on his neck.

[I find the phrase "just a rash" hysterically funny now.]

He took a quick shower & was fine so we finished the movie & he went to bed.  Saturday morning his entire torso was red & welty.  I made an appointment with his ped.  The hives disappeared.  (Never, ever underestimate the healing power of a phone call.)  I cancelled the appointment.  They came back, worse…. naturally, minutes after the doctor's office closed.  I called the nurse line and got their blessing for Benadryl.  Which worked great, except when the dose wore off the hives came back & had spread down to his knees & hands.

By Sunday morning his entire back looked like a 3rd degree burn with blisters, and the welts were perilously close to his eyes.  Darn it!  I waved my white flag, called the in laws to watch The Girl, and hauled The Boy off to the ER where they were appropriately impressed and gave him some Prednisone.

Best part of the day?  He thought it tasted like egg nog.

I think the best part of the day really was that I had people to call.  Maybe not people I don't have to vacuum for, but people nonetheless.  And not that I couldn't have wrangled The Girl in the ER, but I don't think she's supposed to play with the Sharps container and it was easier to focus on the one racing toward anaphylaxis shock.  If you know someone going it alone?  Even short term?  Be their people and bring coffee.  Lots & lots of coffee.  And maybe some extra Benadryl, just in case.