Guess where we were this past weekend? 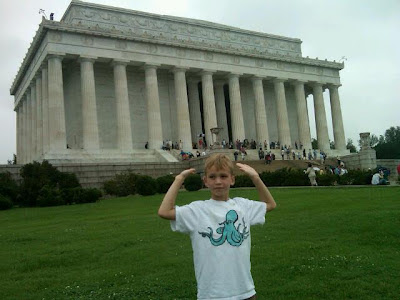 The 40th annual National Down Syndrome Congress Convention!  This was the first year we went and it is definitely absolutely going to be an annual event going forward.  Even if we have to sleep on the sidewalk and eat nothing but beef jerky while there.  I am a quiet solitary creature but these were my people and it was marvelous to be home.

Well, they were mostly my people.  The lady behind me in the coffee line talking on her cell about all the "special angels" around her in the hotel - she might have more a second cousin on my ex-step-brother's side.  My daughter, for one, was decidedly not angelic on the flight home... but I'm getting ahead of myself.
Instead of covering 48 hours in one marathon post, I'm going to try something novel and break this up into readable bits, starting on Friday:  Matt & The Boy were actually supposed to arrive before me but got stuck in Chicago for most of the day so I ended up at the "bloggers' sharing session" with The Girl.  The one session they specifically recommended you NOT bring your child.  Especially not a child that had been rudely woken at 4 that morning and who refused to nap all day.  Hmmm.

And while I don't want to start this off on a down note (ha!), this was the session I was most excited about and the only one I ended up feeling a bit meh about after.  Due in large part to that fact that I had also gotten up at 4 that morning, had checked into the hotel a mere 15 minutes before the session started at 3:30 (math whizzes will note that was Travel Hour 11.25), and then spent most of the time trying to keep The Girl's hands out of other people's purses.  There were some folks there that wanted to start a blog so a lot of the discussion was about wordpress versus blogger, about how often they should post, and what they should post.  Since my last post was spent pondering what sort of vibes I'm sending out into the universe, I'm not unsympathetic, but it wasn't quite what I expected.

My two cents, which I didn't share at the time because I was really, really tired:  just do it.  There's no magic formula.  Share what you want, adopt monikers, reveal your name, post pictures, don't, write bad haikus, share recipes, advocate, spend your time venting and unburden your soul, or become a Happy Pretty Blog and provide good PR for the rest of us.  Post as often as you want or just when you can.  Write about Down syndrome, therapy, kids, dogs, toenail polish, God, politics, work, or your latest trip to Target.  Or all of the above.  It's your space.  I don't have hundreds of readers so wouldn't be able to tell you how to snag them, but is that what you want?  It's not just about the numbers.  As you poke around on the internet you will hopefully find kindred souls, who make you laugh or think or cry, or maybe even all three and, if you are really really lucky, they will read your stories and enjoy them.  Even the one about Target.

And then one day you might meet them in person and you'll know they're just as fun & fabulous IRL as they are on screen & you will be so very grateful you stumbled into this community.

[And you might also meet a bunch of people you've been following for forever but haven't introduced yourself to and you might freak them out a bit with your stalker-like enthusiasm so you'll resolve to delurk on more blogs.  Just sayin']. 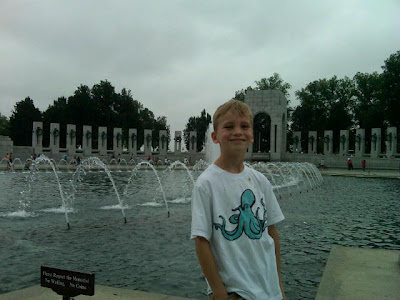 Related photos, also of craptastic quality, but taken Saturday night at our little pizza party.  Which I think needs to become a tradition.  Am taking name suggestions - not quite BlogHer, how 'bout BloggeDs?  Some of my favorite people are missing - they either didn't make it to DC or went to the banquet instead.  Ah-HEM. 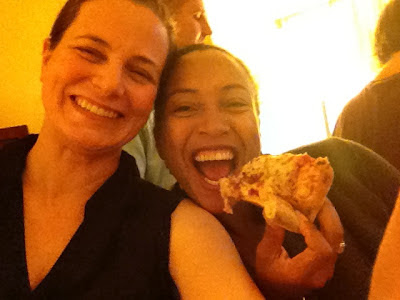 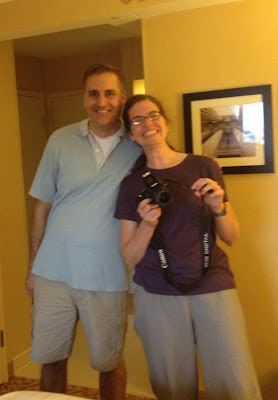 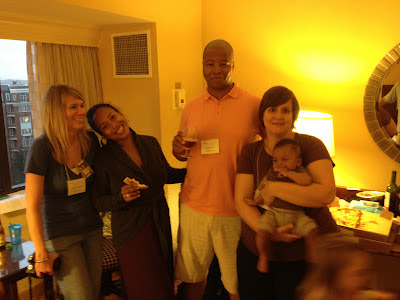 In no particular order:  Baxter Sez, *Results Not Typical, Unringing the Bell, Big Blueberry Eyes, and Life Decanted (at lunch).
Posted by krlr at 10:25 AM