There will be ponies at 9.

Last year The Boy's 7th birthday party was cancelled because he came down with a pestilence of some kind.  Which was unfortunate because Aunt Mary was in town and had helped me make several gallons of sangria for the party - which we tragically were then forced to drink ourselves.  It was moved to the following week, conveniently when my mom was in town, but the sangria was gone by then and I have a very, very strict 2 sangria gallon/month maximum. 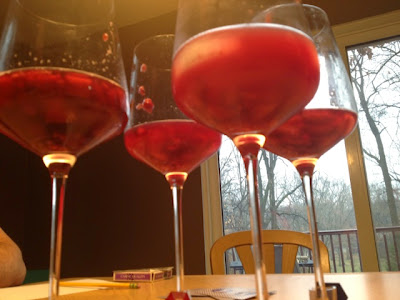 Two-ish years ago my husband was at the St. Louis airport when it was hit by a tornado.  Which I can still only marvel at.

This year, in one of those great confluences of freak luck and damn statistics, my son's birthday party was disrupted, again,
by a tornado, again,
that hit the St. Louis airport, again,
while Matt was... ok, he wasn't there again,
but he was about to be, to pick up a friend, until he took a look at the radar and hunkered with us in the basement for a while.  He left later but ended up getting stuck on a bridge for 4 hours because the tornado damage, turns out, had shut down the freeway.  He doesn't like bridges and called me every 15 minutes to inform me the bridge hadn't collapsed yet.  That was fun.

The Boy has an almost-summer birthday and cheap, lazy parents so we have so far managed to avoid the Friend Party.  I've thrown his class a holiday cookie party the last few years, and there are always a bunch of cousins at the family party so I've managed to not feel too guilty, but he finally asked and he's almost too old for the traditional 2-hour pizza-cake-shoo schtick, so we broke down this year.  He had almost carte blanche and, delirious with the freedom of it all, took almost a month to settle on a couple of besties and Dave & Buster's.  Which, if you've been spared that particular joy, is a bigger, less grimy, mouse-free version of Chuck E. Cheese - though they have a liquor license, so it's almost awesome (Flashing strobe lights and beer!  What could go wrong?).  This was to be a Very Big Deal, as only something built up in an almost-8 year old's head for almost 2 months can be.

(The family party was also a Very Big Deal, because of mommy's awesome, newly found crafting skills, but more on that later).

The tornado was last Friday night and the party was the following day - it took a while Saturday morning to confirm the place was indeed shut down and then we had to deal with a Very Sad Boy.  This was one of those delicate parenting moments - people's homes were pulverized while my baby was Very Sad over what amounted to a schedule change - but kids can't learn empathy for others without owning their own feelings so there were lots of hugs & cuddles.  In retrospect we probably should have done something more civic minded and Life Lesson-ish, like bring coffee & donuts to the emergency workers, but we would have just been in the way and, well, I didn't want to get stuck on a bridge for four hours either.  Maybe we should have brought donuts to our local FD?  Darn it!  Hindsight!

We ended up going out to lunch with some friends, hit the park, and had a couple of those handy cousins come over later so he survived... and the party was rescheduled.  But when he turns 9?  The universe better show up with ponies and unicorns and fireworks.  And mommy may show up with some donuts for the FD too. 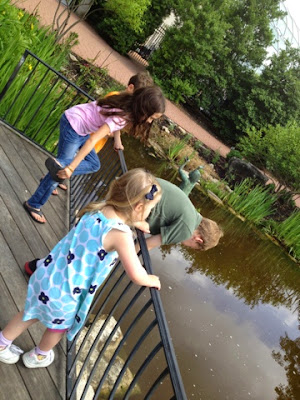 I still want to start watermarking before I put up better pix...
Ha! Right, I'll get on that any day now.
Posted by krlr at 8:25 AM