Will that ever stop being funny?

Lest anyone think all I've done is work the last two months, this is my catch up/ photo dump/ clinging onto the (mostly) happy moments post.

MAY:
My son wanted a Minecraft party for his birthday.  Two-ish (?) days beforehand I realized the noble folks there have not yet sold out to corporate America.  Meaning there are no pre-packaged Minecrafty items available at major retailers.  And it was too late for Etsy.  Oh, fffuuuu....

I am NOT a crafty person.  Pintrest makes me itchy.  But bless their enormous pixels, Minecraft is all squares.  Surely I can manage that? 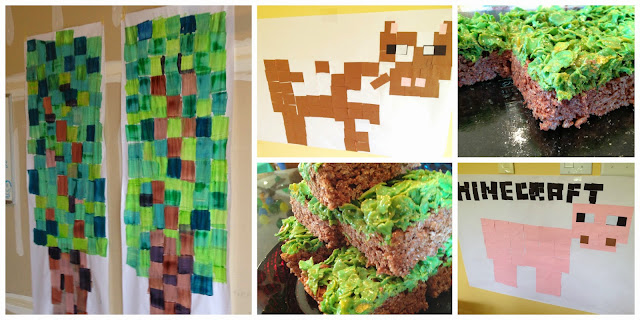 I think he had a good time. (This was for his family party; the fiasco of his first official "friends" party is here.  The Girl's party will be in a couple weeks.  What's with the summer birthdays?)

JUNE:
We went to the annual Ds Walk/fundraiser but gave friends & family almost no notice so it was just the four of us.  The Girl was highly annoyed.  Possibly with her mother's pathological inability to plan ahead.  Also because we didn't let her stay on the slide all day.  Mean parents. 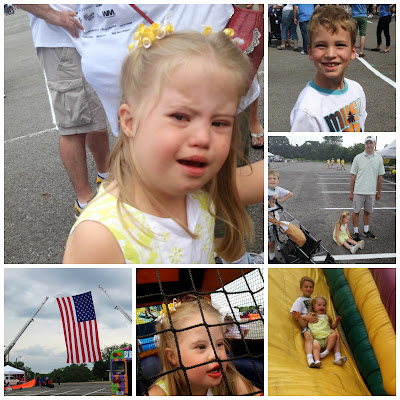 But not to worry, we went to a street fair later that month and she was much happier.  This girl loves her selfies!  [The boy ditched us for his cousins] 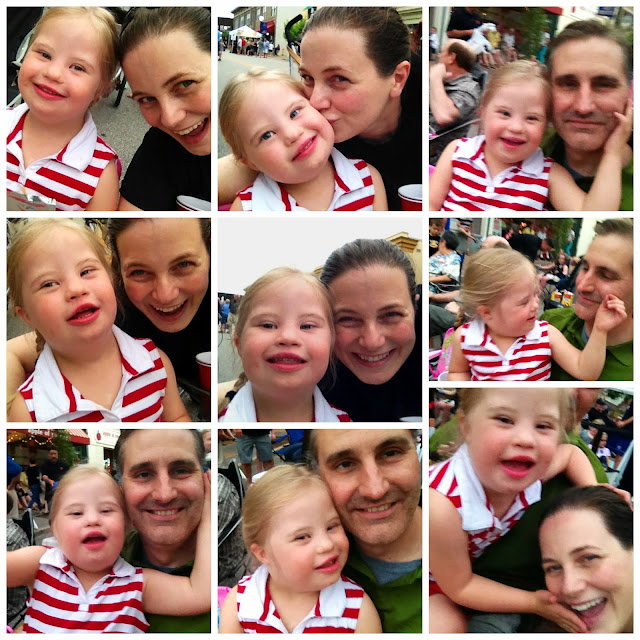 JULY 4th:
Aunt Mary came to town, which was awesome.  We went to the sculpture park, which was grand.  One of my food experiments turned out beautifully (not pictured: the several that didn't and my kitchen, after).  And for the first time, my sound sensitive girl sat thru the fireworks and loved them, clapping and laughing and having a marvelous time.  I even posted something on facebook the next day about how much she'd grown up.

But as soon as I pressed enter I had that weird, unsettled feeling.  Could it really be that easy?
Oh, fffuuuu....
Double ear infection.
Fireworks are apparently even better when you can't hear the explosions.
Whoops. 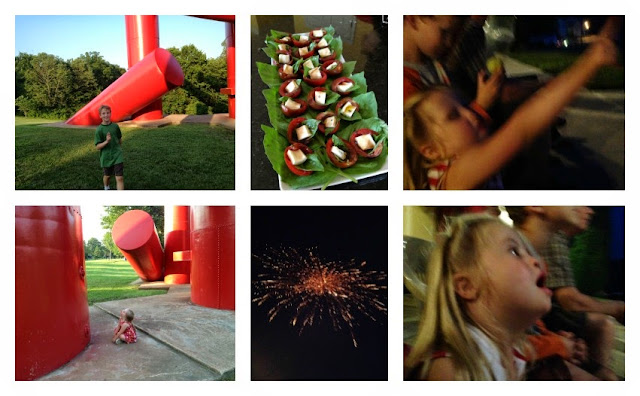 JULY, cont'd:
If you're new here, my husband works for an airline and we fly for free, but standby as "non revenue generating passengers".  No empty seats, no flight.  Thru trial and much error, we've figured out the basics - early morning flights are good, flying in the summer is bad, holidays are worse.  Trying to get somewhere by a certain time?  The gods will laugh.

I need to remember that last bit.  Two weeks ago Matt and I went to Denver for the NDSC convention.  We got to the airport at 4:30 in the morning, as we should, and Matt got his 5am flight, no problem.  The twit was already in Denver napping before I had lunch.  I passed up the 5:30 to Chicago, hoping for the 6:30 direct to Denver because no way everyone shows up on time for a 6:30am flight.  HA!  Wrong!  So I took the 9:00 to Chicago but all the directs from there looked bad too so I ended up going thru Akron.  Akron, in case you're a bit fuzzy on American geography, is not in between Missouri and Colorado.  Eleven hours after leaving, a nearby mom pointed out the Mississippi to her kids as we flew over it. Eleven hours... to end up back where I started.  Yay!

It could've been worse though - I missed Friday's events but arrived in time for dinner and didn't have to go thru Seattle or Portugal... or, horror, buy a ticket.
Win??? 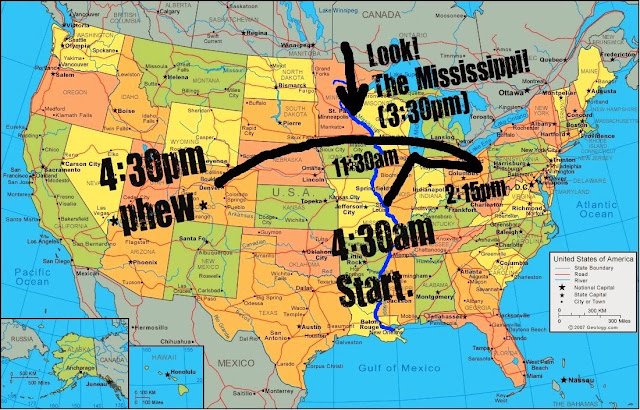 Don't hold me to those times - I think I went thru 3 times zones twice and it got a little fuzzy after Ohio.

Coming home I did everything wrong - late afternoon flight, out of a major hub, on a Sunday, during the summer.   Seventy shades of wrong.  The ticket agent on the first flight I tried openly mocked me.  The gal on the next flight out agreed to list me but I was #16 and the flight was full.  I started staking out the best corners of the airport to camp in.  But, lo, one person didn't show up and, in sweet but slightly co-dependent and defeatist fashion, none of the couples ahead of me in line wanted to separate.  Families may be the glue that holds society together, they may make all the other bullshit worth it but... ruthless isolationism for the win!

One more reason why Matt and I don't fly together.  (That, and a wee bit of paranoia about orphaning my children.)

I can't let this end on an anti-family note, so here's a bonus picture of the kids at Ted Drewe's 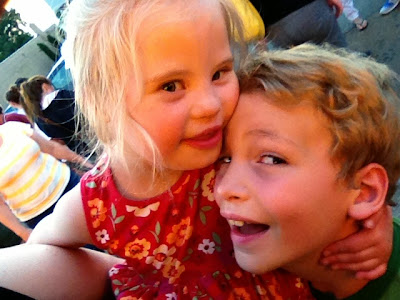 Doesn't it seem like the summer should've involved more than one post?  School starts in ten days.
Oh, fffuuuu....
Posted by krlr at 10:47 PM