The Old Man and the Sea

Almost immediately after his mom (Gigi) died, my dad left for the sea.  He'd bought an older sailboat about a year & half ago but family shenanigans ensued so it's sat in various shipyards across Europe ever since, getting cobbled back together as time & money allowed, and while on breaks from taking care of Gigi.


But then she died and he sailed from somewhere in Spain to the Canary Islands, to Cape Verde, and then finally west across the great blue ocean.  He was supposed to be emailing coordinates daily (Technology!) but one day Matt pointed out that we hadn't heard from him in a while.  We proceeded, as people under stress are wont to do, to argue about whether we should, in fact, be worried.  Really argue.  Which was asinine because either one is or one isn't, much as my dad was either afloat or not, and there wasn't a whole hell of a lot we could do about it ten thousand or so miles away.
I confirmed he'd actually left his last port and wasn't languishing in a Cape Verdian hospital or ditch, then decided he'd either lost the damn phone overboard or was just being uncommunicative.  A day or so later he emailed and was fine.  Technology glitch.

The very same day he wrote, a friend of mine called - she knew my sister went to Purdue and had I been watching the news?  Noooo, I was home with the kids on one of the 256 snow days they've called this winter.  There was a shooting.  Another damn shooting.  I called my sister, the phone picked up, and there was crackling - like little firecrackers (or gunshots).  Then the line went dead.
I died.

No, actually, that's not true - in one of those surreal, slow pan, rising music moments I actually thought that there was no fucking way THAT just happened, so I texted her.  She wrote back immediately - and the world kept spinning - she was in class and couldn't talk because even though the building was on lock down her professor was plowing forward.  Linear algebra is important, yo.

Exactly one week later my brother received a clearly auto-generated text with coordinates and this mysterious line, "Accuracy Horiz: +/- 8 m Vert: +/- 32 m".  Thirty two meters, for products of this great American school system, is about 105'.  A hundred foot wave would be…. something.  But even if they weren't Perfect Storm big, a 210 foot "accuracy" swing certainly suggested rough seas, right?  And why the auto-text?  One island couldn't be reached, we assumed because of the storm that had just passed thru.  My brother swung into action, various nations' Coast Guards were notified and a pleasure cruiser was even diverting.  I spent all morning at work trying to figure out how to confirm his Epirb had, actually, gone off.  This time I thought it was real and I tried to imagine what a little boat might do in 100' seas.  So this is how it happens.

And then he called.  Guess what he just figured out his sat phone can do!  Auto-texting!!

And these are just the highlights.  There has also been car drama, the aforementioned 256 snow days, the resulting employer dissatisfaction, plumbing trouble (and not the fresh-water-from-the-shower kind), and GI upsets. There has been too much eating, not enough running, not enough pictures, and not enough wine.  Never enough wine.  (There was quite definitely too much coffee.)  There has obviously been no writing.  I'm not unhappy but I am so, so very tired.  Tired of the cold, the angst, and of my pathological inability to balance family, work, and me.

But there have been lots of snowy PJ days, movie nights, and hugs.  There have been stars rendered in Play-Doh.  And, at one point after we were washing the dog and the carpet and the child, who had all intersected in a Bermuda Triangle of Poop, I started to laugh.  What else can you do, right? 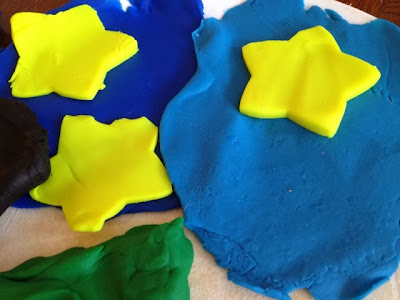