And Not To Yield.

...Even when good sense and everything that is good & holy suggests you should…

Everything that is good & holy: 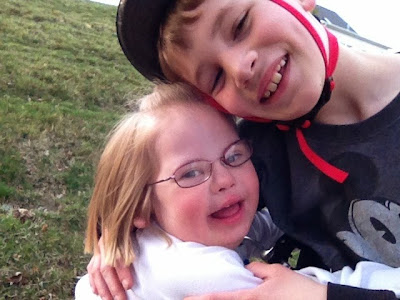 It was a long cold winter here in Flyover Country and my running slowed & shrank to the point where I missed the March and April races I'd planned to run.  But spring has wrought its magical and I've been trying to get off the treadmill and outside occasionally, to breath actual air made with oxygen and pollen instead of mold spores from my basement.

I went on a "long" (relatively speaking, see above) run on Sunday.  It was raining when I first woke up so I hit snooze, but the sun was out by the next buzzer and the possibility that the early rain may have foretold more rain never occurred to me.  You can take a girl out of Cali but apparently can't take the Cali out of me.  The rest of the day was booked so if I didn't go then I wasn't going at all and we have Easter chocolate here that needs to be eaten.  This is the type of Life Balance I strive for.

Many, many years ago I bought Matt a book by a test pilot for the Air Force during WWII.  They traveled the globe looking for the most exciting weather to fly thru - they tried the Andes, the Rockies, and Alaskan glaciers.  They ended up here in the Midwest.

By way of example, it was 70-ish degrees Sunday afternoon.  On Monday it snowed.
About a mile into my loop I heard thunder rumbling and saw a wall of black clouds approaching, but figured I had some time.  I wasn't really running that far.

At about mile 2 it started sprinkling.

Right at the half way point, the sky opened up and not only were there buckets of water being shot thru an air cannon at me, the thunder was drowning out my music and the lightening was close enough to have elicited squeals from the kids.  [Who were, lest there be confusion, safe at home].


This was taken later on my way to work.  Pretend it's darker & more ominous. 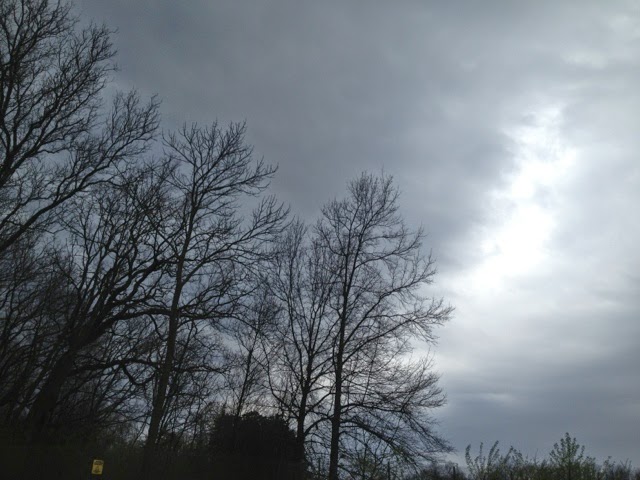 I thought about ducking into a store and calling Matt but he would've had to drag the kids out into the storm in their PJs and, frankly, I would have never heard the end of it.  He delights in telling me about every runner who's ever dropped dead of a heart attack and cackles over the potential life insurance pay out (he does this is the nicest way possible though, I assure you).

And I really, really wanted to finish my run.  Having wimped out all winter I needed to earn back my tough girl stripes.  It's just a squall, it'll pass.  But then again, I was a prime target with my cell phone sending out little electronic invitations to the clouds, and wouldn't that just be the most asinine way to die?  "Woman Willfully Ignores Massive Lightening Storm, leaves behind 2 children.  Donations in lieu of flowers can be sent to…"  (Screw that, btw, I want flowers.  LOTS of flowers.)

But then again, I am rather well insured.  Matt could add music & hippo-therapy to The Girl's schedule, buy her All the Pretty Dresses, fund The Boy's college and his robot-lego-geeky-budding chef camps, and the cars really do need to be replaced.  He could even fix the Mariana Trench this beast created in our back yard: 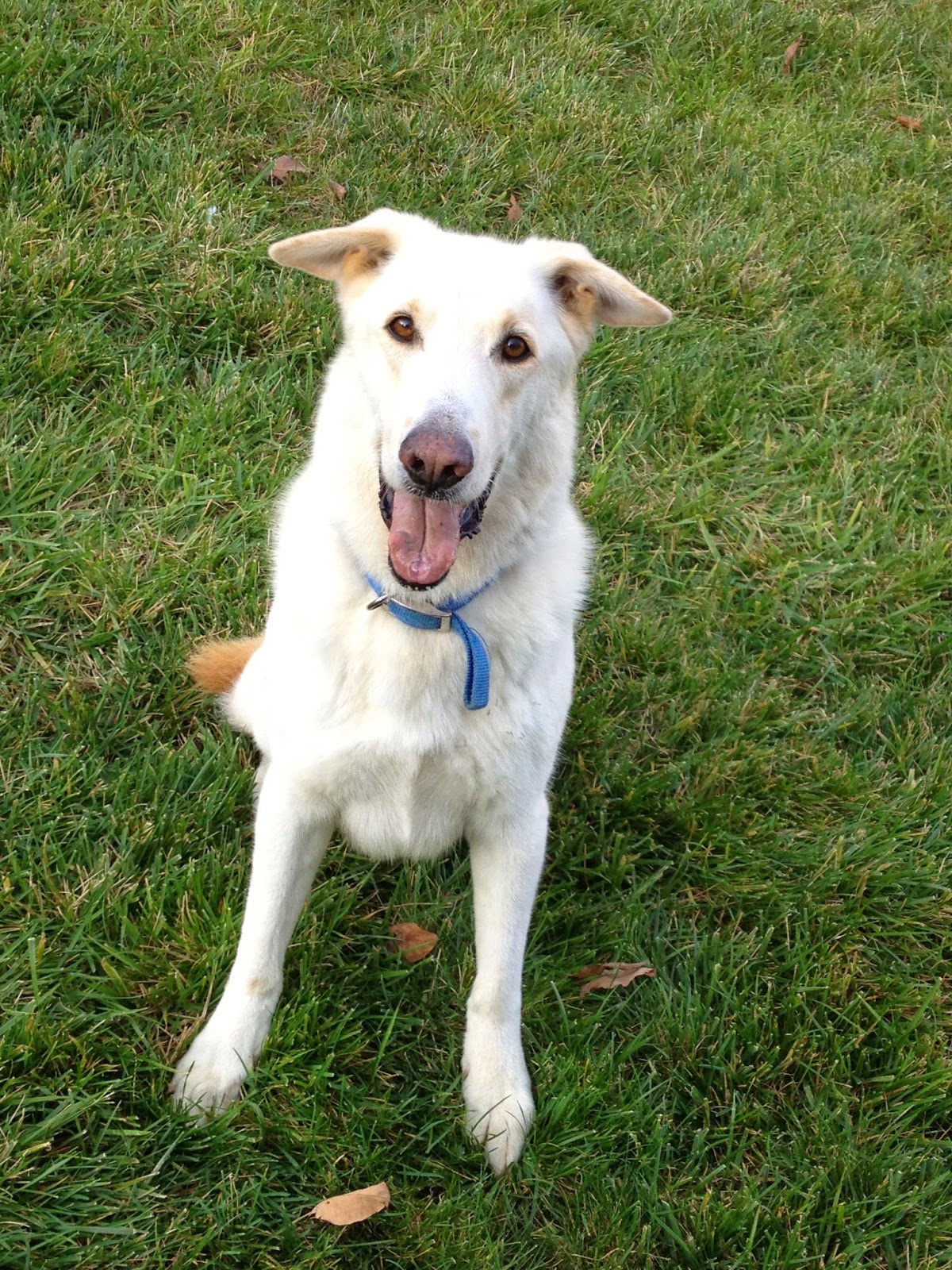 Look at me, sacrificing for my family!  But no one will ever love this pain-in-the-ass dog the way I do.  Nor remember to charge The Girl's iPad every night.  Nor let The Boy run amuck with his various "experiments," destroying the house & kitchen in the process.

Maybe I should stop & call?  After all, we've already been hit by a tornado.  Twice (sorta).  When pregnant with The Girl I had a negative quad-screen and THREE negative level II ultrasounds, with nary a whisper of an extra anything.  She's also the 10% of the 10% of the 10% that had to have her strabismus re-repaired.  And, of course, there is the freakish bit of bad luck that caused us to lose Brennan.

If anyone is going to be hit by lightening, it'll be me.

But then again…. The odds of all that happening AND getting hit by lightening?  Infinitesimal.  Even if I were hit, Matt would have one hell of a story.  He could sell movie rights!  Retire!  Move back to earthquake country!

Even better - on the off chance I survived a lightening strike, I'd have the most awesome blog post EVER.

That's how much I love you guys - I'm willing to risk six weeks off work streaming Netflix while someone else does the dishes  recuperating in a hospital room just to bring you a good story.

Alas, I was not hit by lightening.  But I did finish my run, got to eat candy, and considered the possibility that the universe may not be out to get me after all, so… win, right?

Labels: bloggy-things, books, HALF IS HOW LONG?, joys of midwest weather