First, I really am out of practice.  Sorry if it lands in your reader again but I had to edit my recently renewed blogging efforts - the typos were making my eyes twitch.  Also, note to self, don't try to post something from your phone in the one room in the house without wifi while dozing off between sentences.

I was trying to figure out what I was going to write about tonight when I heard this on NPR on my way home (apparently on repeat?  It's from 2012).  My facebook posts these days seem to be limited to NPR links so apologies for another one but it's not often I cry in the car.  The story is about an autistic boy who was institutionalized at age 8 and lived in the same place for 42 years - until one of his caretakers broke his neck, rendering him a quadriplegic.  No one was ever charged.

Forty two years ago my OB would have recommended we institutionalize my daughter, too. 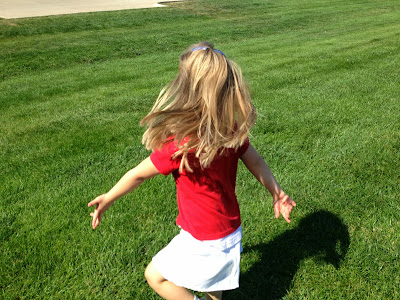 If she had been institutionalized, she would have never gone on a walk with her mommy. 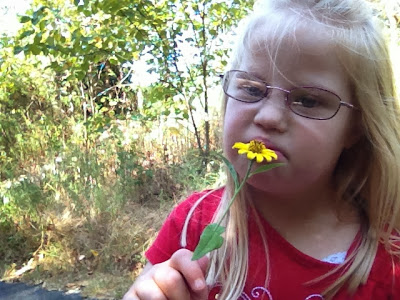 Or been given glasses, to see better 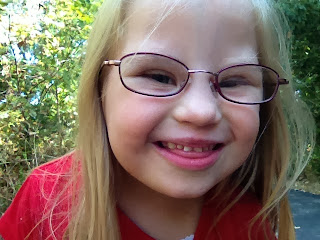 Or been able to make goofy faces into the camera. 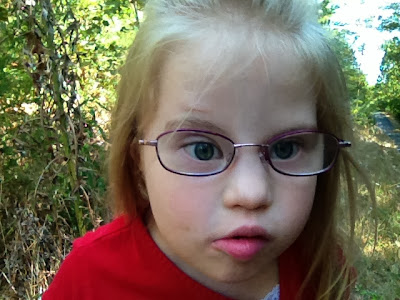 No one would have laughed with her.  How would she have learned to smile? 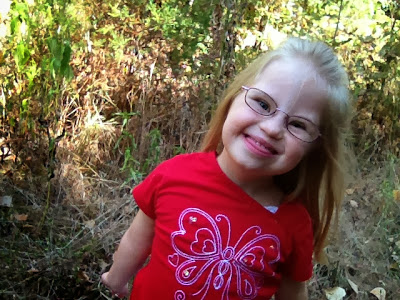 No walks, no streams to cross, no one to help her cross them. 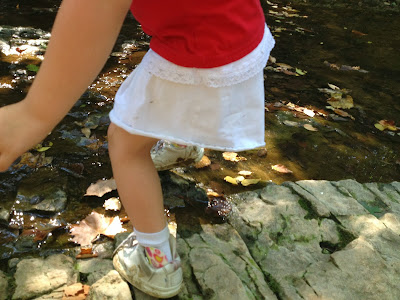 There'd be no silly bouffants. 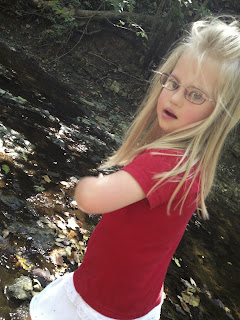 And no rock splashing. 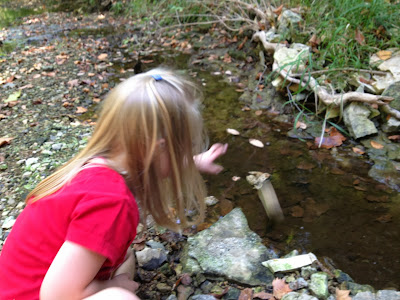 Certainty is for fools.
Certainty about the value of a life,
certainty about joys to be found -
you cannot be certain of anything sitting a sterile office. 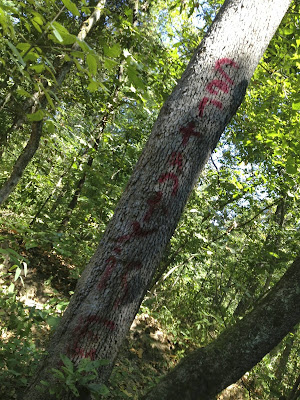 It may not be simple, or easy, or obvious 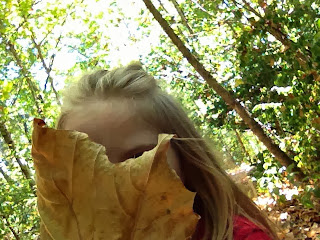 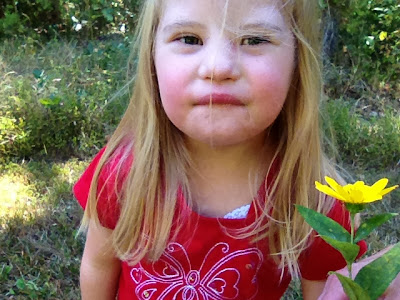 led me beyond the expected 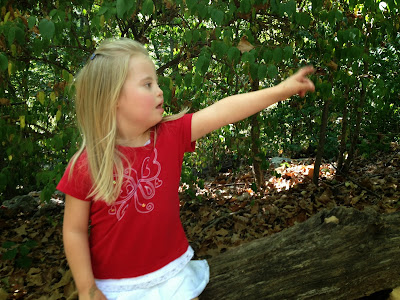 and I have felt the warmth and joy of a thousand suns. 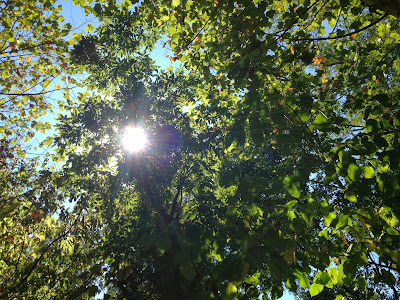 Five years ago no one suggested we do anything but take her home and love her.
Although this is not the case everywhere in the world, and although there remains much undone, I am always moved by this simple and profound gift of time and space.