Back in May I wrote this:  There's obviously no easily framed picture of disability.  Everyone draws their own lines of what is and isn't acceptable, of what is and isn't compatible with life.  Decent people don't try to inflict their lines on others and I suspect most find the line to be a mirage anyway - if they get up close it dances off again.  You adjust, adapt, and find joy where you can.

I'm still struggling with this idea.  I don't think there IS an answer, beyond what I wrote, but humans like to categorize - good/bad, worthwhile/not.  The lucky, or possibly the very unlucky, have tripped and eaten sand but are granted the wisdom of knowing it's all bullshit.  Assholes, meanwhile, squint and pretend they can see the line in the sand from their boats anchored off shore. 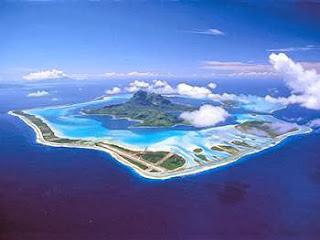 A few haikus ago I mentioned how grumpy Million Dollar Baby left me.  Because I am an asshole, I will tell you why:  I get the premise of the movie, I do - live large & go out without compromising - but I cannot countenance walking away from the one and only opportunity you will ever have to exist, to find joy, in whatever form that may come.  Yes, she'd found it once, it was stolen and that was sad, but was she really so incapable of finding any elsewhere?  Ever again?  No movies, books, songs, or sunrises?  No lemon pie with Clint Eastwood?  Her coach's reaction was worse - Clint considered her request to be put down like a dog and, eyeballing her situation, agreed it was a life was best ended.

In that same post I mentioned the Van Ingraham story*.  What I did not cover was that the central figure of the story put a DNR on his brother.  He said, "[Van] spent half his time jumping and spinning and dancing around the hallways...his whole life was about movement... I could see it in his eyes, he was scared to death, he couldn't understand why he couldn't move his arms and his legs."  I've been forced to wonder why the movie irritated me while this story left me in tears.  Both were new quadriplegics - the only difference was perhaps Van's cognition, but maybe just his verbal skills.  What nasty little biases are lurking in my heart?
*I'd linked to the wrong story in my earlier post; the link with the DNR bit is here.

Abortion is a hot topic in the Down syndrome community - it obviously is everywhere - but Down syndrome can be identified in utero and those discoveries often end in termination.  Simple fact.  I am pro choice but I'll admit I find the thought of parents eyeballing the little squirmy thing on the ultrasound screen and deciding their presumably otherwise wanted child, so like mine, is a life best ended is horrifying.  My attempt at tolerance for individual lines dies and I shriek at the nasty little biases in their hearts.  How can I not take that personally?  I'm not playing into a stereotype here, but THIS child sucks the marrow out of life and then dances on the bones.  There are temper tantrums, and IEPs, and sign language but everyone should be so lucky.  I don't know think any of this can be reconciled. Thoughts? 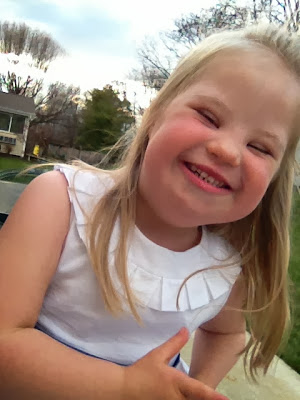