With 2 votes in favor, my pet project of 2012 is now officially "Boulder-dash Daily".  Let the hilarity commence.

Friday:
Heading straight into the rising morning sun, almost no traffic. Warm coffee, a clear blue sky, and even the picturesque line of birds flying by.  Radio disconcertingly played, in order:  Rick Springfield, Katie Perry, and then Creed.  I didn't change the station because I was driving too fast and wondered what the next jarring selection would be (Beastie Boys.  They went from Creed to the Beastie Boys. wow?)


I know not everyone loves that Creed song - and I just pulled up the youtube video to link here and it was AWFUL (really, really horrific) -  but when I first learned my daughter had an extra chromosome I had this image of the girl she was to be standing in the sun and it always reminds me of that moment.  It was such a clear picture I've long suspected my subconscious pulled it from somewhere but the only scene that came to mind was the light beam melting the nazis in Indiana Jones.  And that CLEARLY wasn't the feeling elicited.  Hell, maybe the song inspired the vision?  It was a little bit of magic but now I'm concerned, first, about my prosaic pedestrian subconcious and, second, the only thing I'm going think of when I hear that damn song henceforth is the lead singer's hairy chest.
This would be much better video.  If it were, you know, a video. 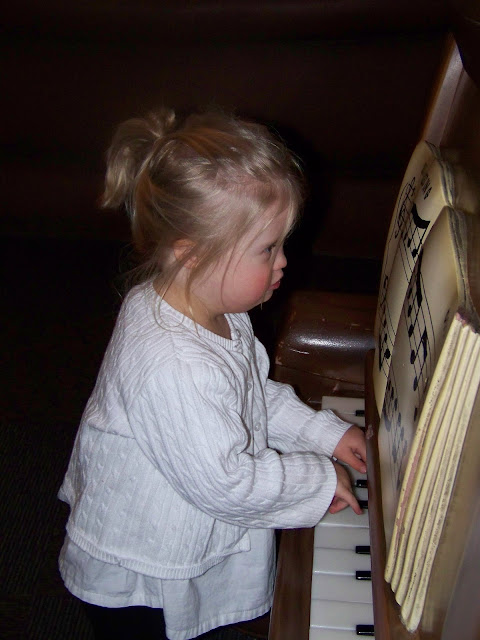