Twas the night before Christmas, when all through the house
Not a creature was stirring, not even a mouse.
[Only momentarily not stirring. I had cheese & thus their FULL attention] 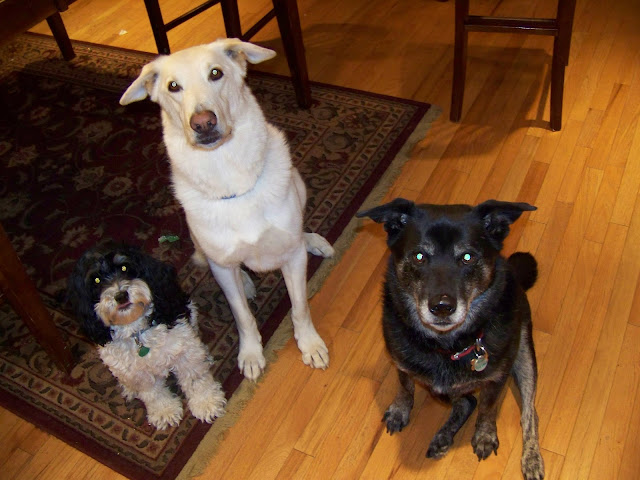 The stockings were hung by the chimney with care,
In hopes that St Nicholas soon would be there.
[Kids' stockings carefully cropped out because of the Crazies] 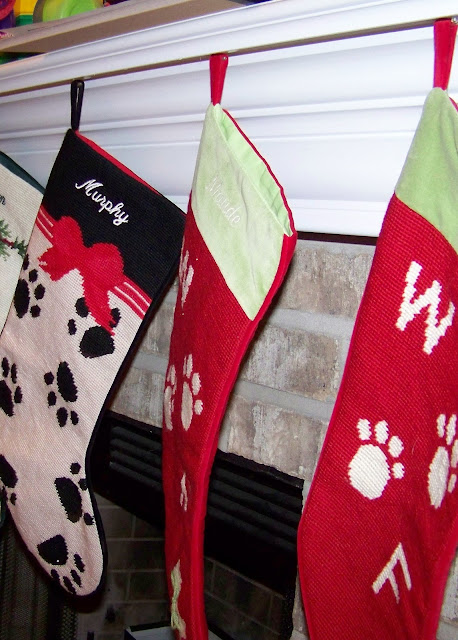 The children were nestled all snug in their beds,
While visions of sugar-plums danced in their heads.
[Those aren't sugar-plums, those are the
boy's seizure-inducing personal Christmas tree lights] 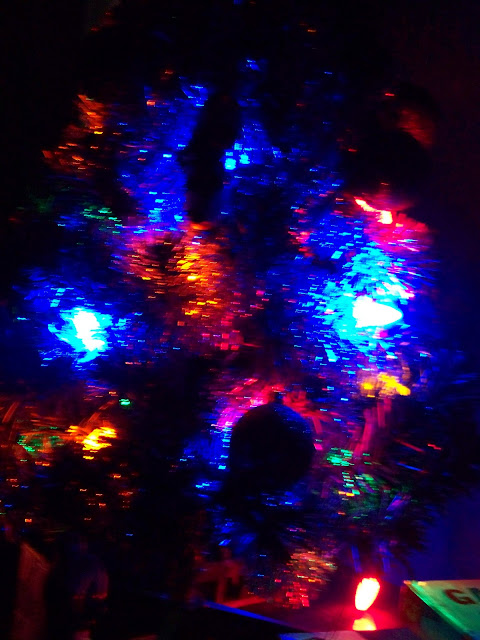 [Here's a better shot - the Gingerbread man is from last year; the Santa is an upside down hand. Clever Kindergarten teachers!  Whatever will they think of next?
Though I'm not clear why my son appears to have two thumbs] 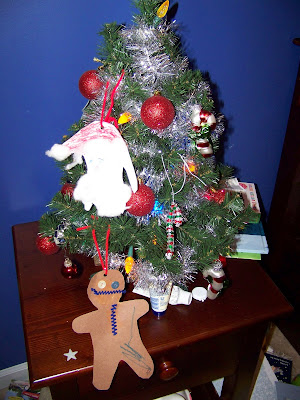 And mamma in her ‘kerchief, and I in my cap,
Had just settled our brains for a long winter’s nap.
[Or been stuffed & mounted on the wall but, you know, same difference] 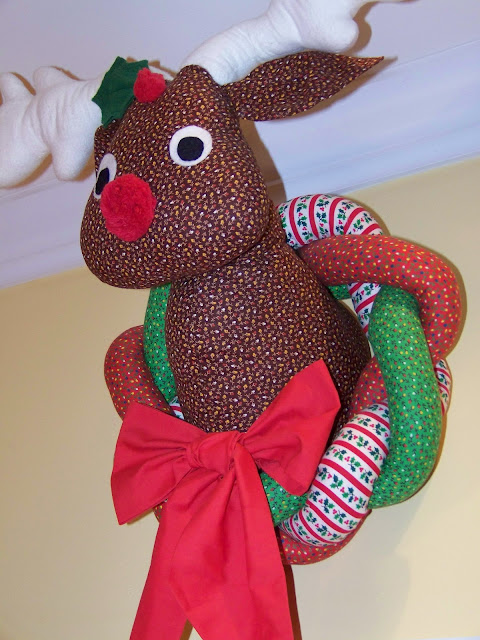 ﻿When out on the lawn there arose such a clatter,
I sprang from the bed to see what was the matter.
Away to the window I flew like a flash,
Tore open the shutters and threw up the sash.
[Where I promptly froze my butt off because it was SO STINKING COLD.
No, it's not 3:48, we can't get it set to the right time zone. Really was 5:48 -
which is still early but that's mommy's Quiet Time] 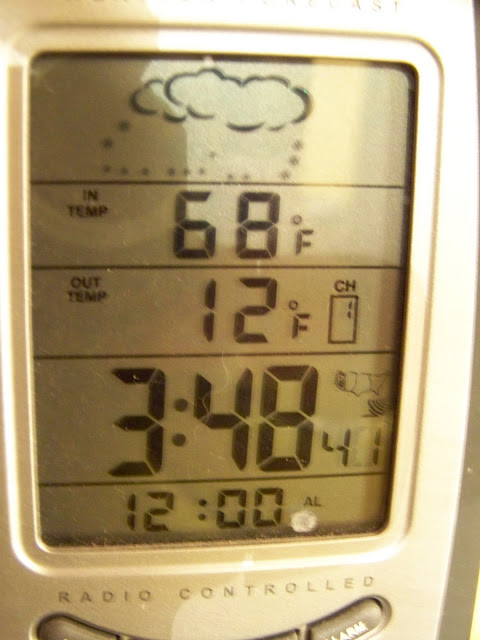