Lest the Family is Confused on How I Feel about This

I didn't realize it but today was 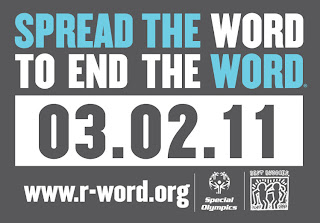 I thought the best discussion was over here.  Where I commented: 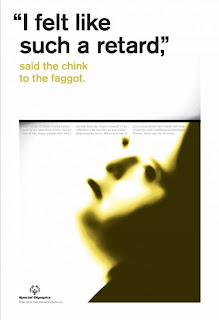 ....the R word did start off as a medical definition - meaning the same thing learning disabilities or learning delays does now. The "delay" being key. Someone (can't recall who right now) posted about a piano lesson with the musical term "ritardando" - to slow down. The word's --origins-- were not malicious.  My kid will take longer to learn things.  Simple, right?

But... language DOES evolve and when the playground adopted the words, because they define something deviating from the norm, and kids turned them into slingshots [well, grown ups too] - when it morphed from medical term into insult, it became our responsibility as adults to keep ahead of the crush.

I think the most effective campaign out there is the poster with "you are such a R___, said the N___ to the F___".  The latter two options used to be used in "polite" society too.  Times change.  [Ok, didn't get the quote right again.  Grr!] 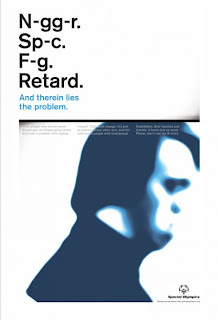 Eventually "learning disabilities" might fade from use too.  Though it's a lot harder to spit 7 syllables out with a sneer.

In the meantime, I have a line at the ready:  Actually it's "developmental delays". And my daughter IS delayed...but at least she's not an A**___.