So my girl really IS sick after all, making us the those parents that took their little viral vector back to day care yesterday to share with others.  Though in our defense, she did.not.stop.moving Thursday while she was home "sick".  To wit: 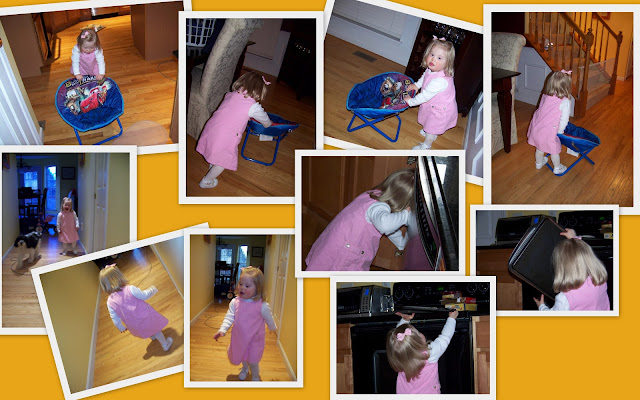 Matt said her nose was a little runny at drop off but she was still happy & energetic.  She'd been put in daycare time out for, um, GI reasons, not snotty-nose reasons - unrelated, right?  Apparently not.  We got a call at 4:45 yesterday, as I was already in the car heading home, that she was on the floor crying inconsolably.  Nothing like being an hour away from sad-baby to bring on the mommy guilt.  By the time I got her home she just looked miserable and had a slight fever - also, oddly, her eyes were crossing more dramatically than even before her first eye surgery.  From fatigue maybe?

For some reason, even if this turns out to be nothing, it's left me overwrought and jumpy.  Watching the news of the earthquake and flooding in Japan emphasized how very fragile and tenuous our spot on this planet is.  The earth can literally fall away from under your feet.  Or you can get a cold and land in a hospital with pneumonia (ok, it was RSV, but still...).

There was a line in Alexa Stevenson's book about Minnesota commuters driving home fretting about their job, their marriage, & their shopping lists - right before the I35 bridge collapsed underneath them.  She said that of all the things they were worried about, the bridge probably wasn't one of them.  [Unlikely I got that exactly right, I gave my copy to Mom - apologies to the author].

That line had stayed with me.  No need for Freud or Frasier here - we've had our world fall away more than once.  Brennan was kicking away one night and the next morning at the OB's office he was gone.  Less than three weeks before his due date.  Less than a week before the 'give or take two week' window bracketing that date.  When pregnant with my girl we had a negative quad-screen and not one, not two, but THREE clear ultrasounds - three clear high risk Level II ultrasounds (they were looking for other things).  Not a single soft marker to be found.  I was finally starting to relax (about the pregnancy in general; DS had already been ruled out - ha!) till the extra long fourth ultrasound when they noticed the massive gaping hole in her heart.  Surprise!  And then, most recently, 48 hours of sniffles landed her in the hospital.  So as much as I try to roll with the punches, they keep coming from darkened corners.  I expect to be caught unawares so spend my commute wondering what I haven't thought of yet.  Because if I can put it on the list of horrors considered, then fate's less likely to send that one my way.  Because fate likes to be a sneaky little b----.

Ironically, I don't consider myself to be either anxious or superstitious.  Or crazy.  As nutty as that last paragraph makes me sound.  Hmmm... How about preemptively & proactively prepared for trauma drama?

And just so we don't end up on a down note (ha!  Will that ever stop being funny?), here is gratuitous shot of mommy love: 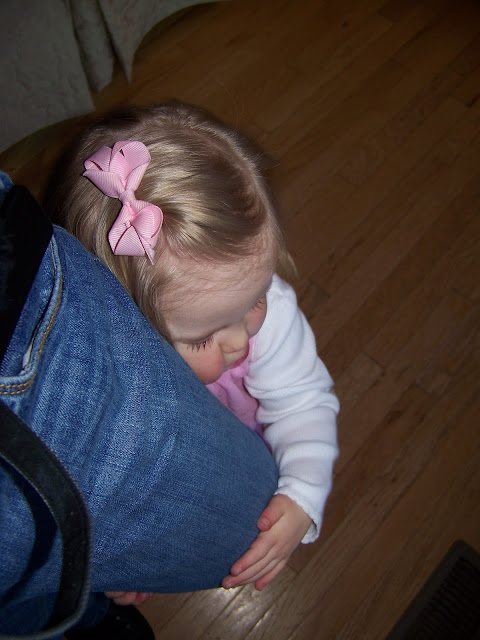