﻿Getting Ready:﻿
﻿
﻿ ﻿﻿﻿﻿﻿﻿﻿﻿﻿﻿﻿
﻿﻿﻿ ~~~~Photo interlude for the actual commitment segment of this shindig~~~~
[In which hopefully the professionals took cute photos of my girl in her finery because I sure as heck didn't]
The ceremony itself was absolutely lovely and I remember almost nothing of it because I was busy staring at the stained glass trying really hard not to cry.  Little! Sister! Getting! Married!  Ack!  .... Anyway, my girl refused to carry either basket or wee boquet but did walk up the aisle holding mommy's hand.  The plan was to let her run about freely and be adorable, but her first stop upon reaching the alter was to shake the base of the lit candelabra.  Then she wandered over and stood smack dab between the happy couple - which was fine, except she then flopped down and started howling when someone starting singing Ave Maria.  We'd arranged for my brother to swoop in and collect her when we hit Defcon 5, which he did with aplomb, and the (presumably) very nice babysitter then played with her downstairs till the newly minted husband & wife kissed.  We had a plan in place, it was perfectly executed, and I wouldn't have expected any child to sit through a whole service without acting up  ... but I will admit I was hoping she would last more than 6 minutes before Additional Resources became necessary.  But not important because Little! Sister! Got! Married!
Whee!  Off to the races!  Or actually, the barn.  Which was exceedingly cool - twinkle lights, gorgeous flowers, snow capped peaks outside.... and bear traps on the wall.  Not that bear traps were cool, it's just - oh, nevermind.  Look!  Photos!
﻿ 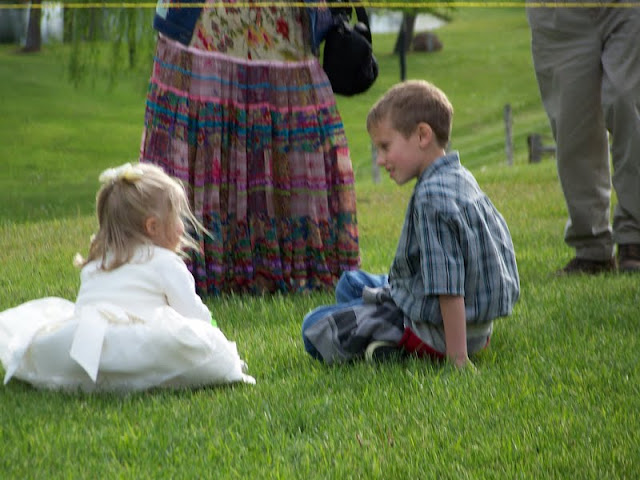 ﻿
I don't know who this little boy is but I want to take him home.  He played gently with my girl while we got the formal photos done.  Melted my stony heart - she had her own meltdown as soon as we went inside for dinner but there was a kids' area with more (!) babysitters so she was pajama'd and dispatched.  I felt a little bad but... OK, actually I felt terrible.  It had been a long weekend, I was a mass of nerves, and I was handing my whiney child off to strange teenagers.  Yes, I am horrifically spoiled in that I have a plethora of in laws about and I have never hired a babysitter.  She was fine, though, & had a great time playing with the other kids...  as did mommy:
A couple more, for the family:﻿ ﻿﻿
﻿﻿ 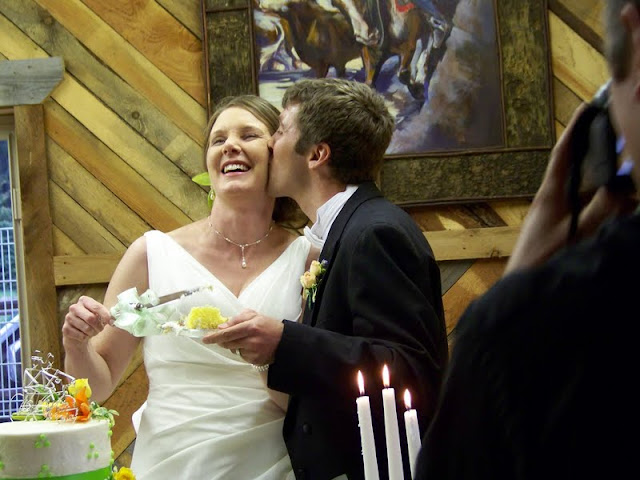 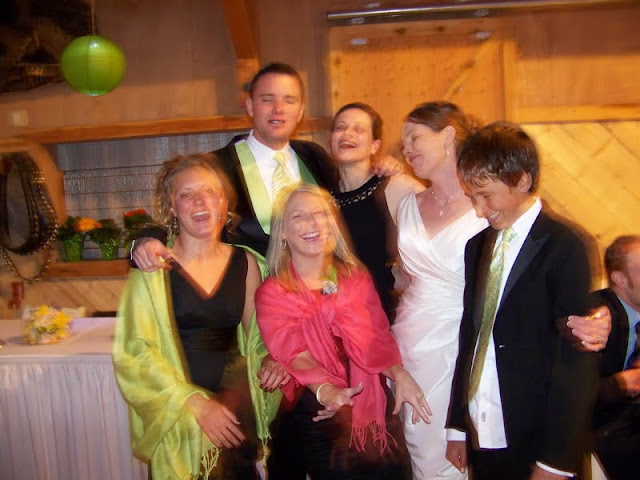 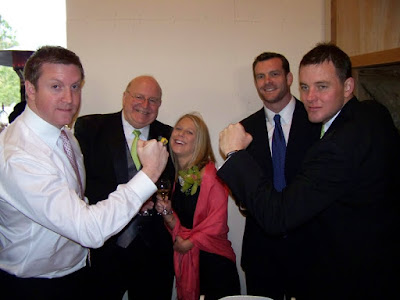 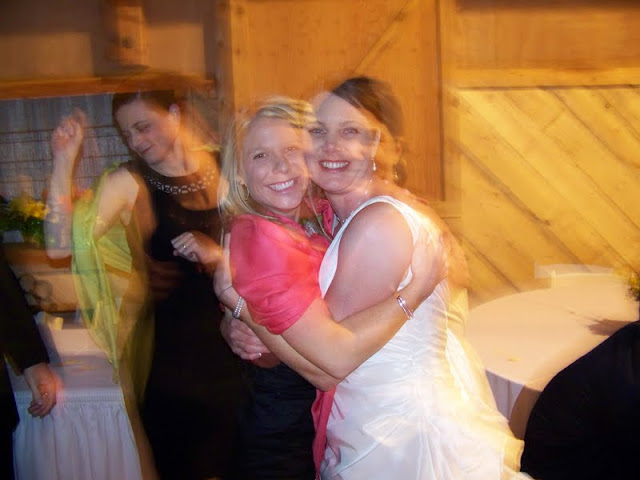