Well, I think we've all had enough angry ranting for a while, n'est pas?

How about a semi-surprise visit from my dad, who was working in Nebraska and popped in (after an 8 hour drive) for the weekend?  Did I get a picture of him with his grandchildren, to save for all time?  I did not!  But we did go to the City Museum... which, if you are within 10 12 24 hours driving distance of St. Louis, you MUST visit - before the Arch, before the riverboats, and even before the brewery (especially before the brewery!  Because after going, you'll want to sit quietly and nurse a drink or two).  This place is like M.C. Escher meets Mad Max Beyond Thunderdome meets Walt Disney on mushrooms.

There are caves and tunnels and tubes, many only big enough for a 6 year old, with lizards and faces carved into them, which then melt into Escher-like stairs, which eventually lead up to a 10 story tall slide.

This one leads from the 2nd story to the 3rd. 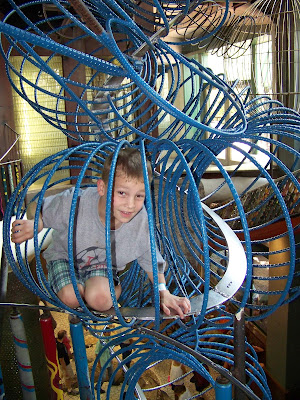 It tunnels into this ball & all of it is open aalllll the way to the first floor below. 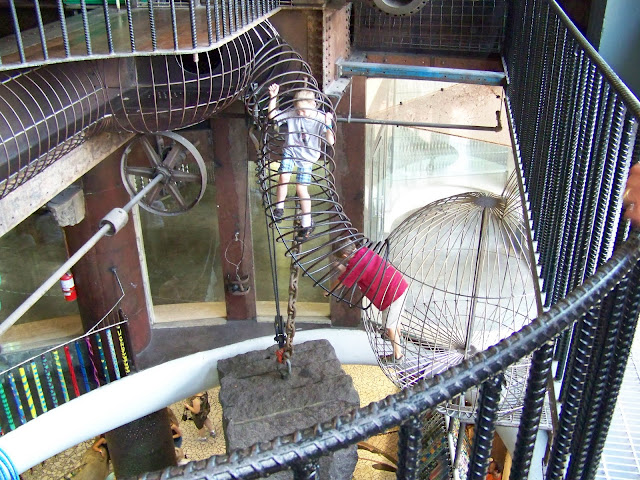 What? Me? Anxious?
Near the giant hamster wheel (Oh yes I did!  Fortunately this was not documented for all time) is a room with a 76 foot long pencil, a rope swing, and perfect toddler sized slides for the little ones to use, while the older kids explore the massive dark maze underneath even more slides.  If you get to the far edge of the maze without breaking into a full scale claustrophobic meltdown, there's a crawl space, barely big enough for a 6 year old (but certainly NOT his mom) where you can watch the feet of the people eating pizza next door.

I swear my voice doesn't sound like that in real life!
Outside, there are two planes, a fire truck, and a school bus suspended in air to which you climb (if it's not 100 degrees out and if you don't suffer from vertigo) thru (presumably reinforced) chicken wire tunnels.  And there are trees made of railroad spikes, with branches that turn into dragons' heads, and tractors, for sitting. 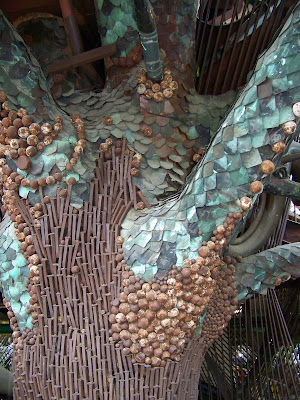 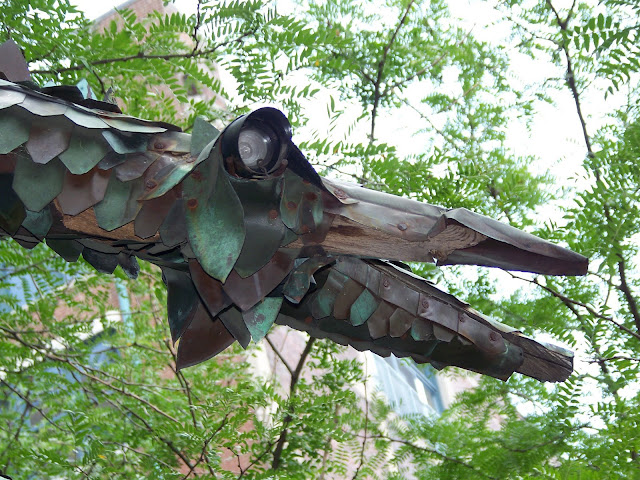 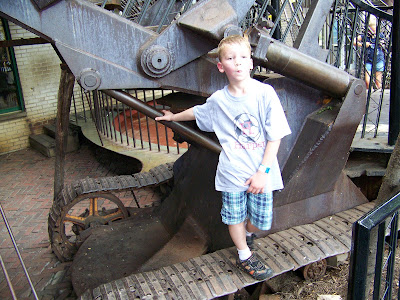 On the roof, which we admittedly skipped this time (note: 100 degrees), there is a ferris wheel (note: you are 10 stories up already. note: aforementioned vertigo), a giant preying mantis, and another school bus half suspended over the sidewalk 10 stories down.  And a pair of giant hippos watching the city.

There are also exhibit rooms with crazy cool stuff like wasp nests and snakes in formaldehyde.  And architectural salvage, including more dragons.  My pictures do not do it justice.  The official ones (including the suspended airplanes!) are here. 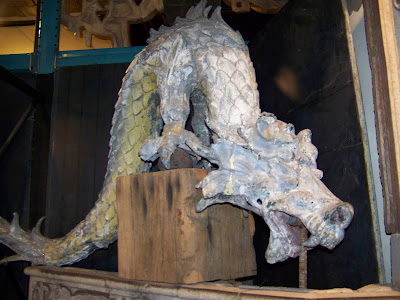 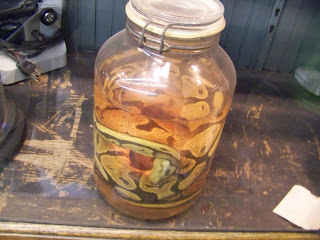 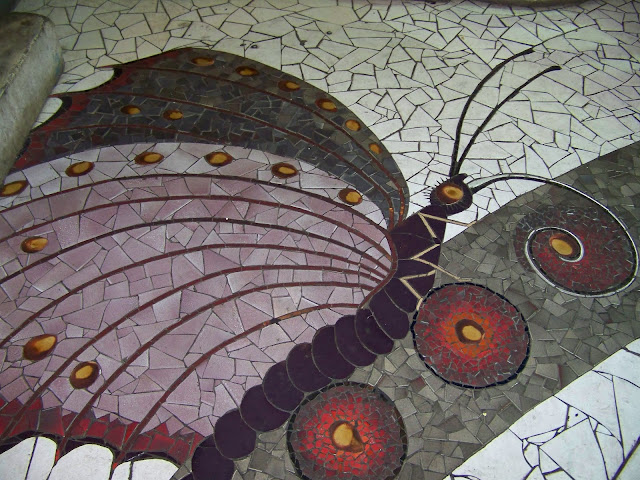 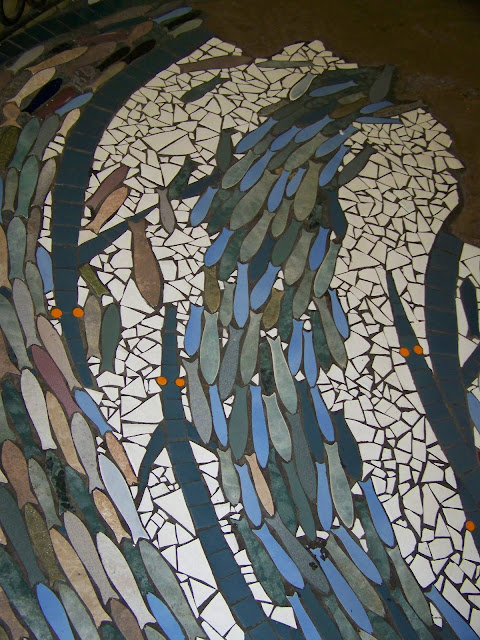 Oh!  And I forgot to mention all the rebar, and steel, and recycled random bits.  This is a column, covered in gears, with I think what must be marbles in the center. 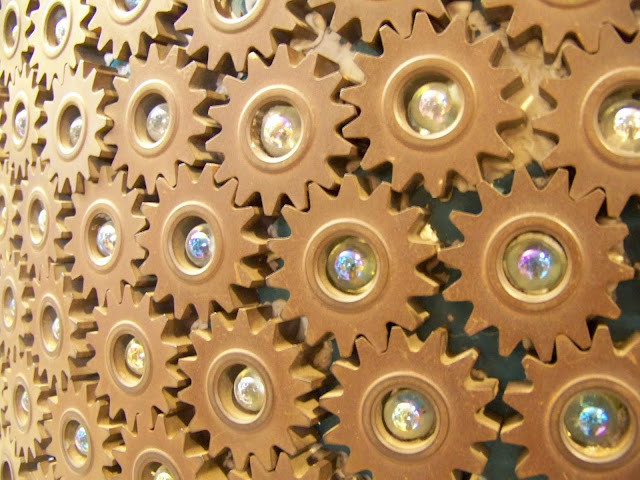 [And in case anyone is wondering, why yes it IS possible to lose your child within.  Hypothetically, of course. *I* wouldn't know anything about that.  But the nice employees are hypothetically quite helpful if you need assistance finding my your child.]

We did more fun stuff today too - pictures forthcoming!

She went up & down & up & down these slides at least 672 times.  I finally remembered to shoot some video about 30 minutes in... you can see her running off at the end, FINALLY ready to move on.
Posted by krlr at 8:39 PM