So I mentioned a bit ago I don't read many blogs about kids with DS.  A few, but not many.  I was also Miss Smarty Pants, rambling on about how much I looovvvee to reeeaddd.  So I thought I'd wade into deeper water, so to speak, and make an effort to read more.... from families we might have something in common with.  [I hesitated over how to phrase that.  Probably because I don't know what I'm looking for.  I even tried for an 'on the same cruise' vs 'in the same boat' joke - It was just embarrassing]

Holy McJeepers.  THERE ARE HUNDREDS.  One person literally has over a 120 blogs on her roll-er thingy.  Not only am I not even in the minor leagues, I'm not even playing baseball.  How to choose?  My current "plan" is to randomly click through, confirm people are at least still online, and then add to my favorites bar.  I'm still not tech-savvy enough to have set up a reader, so I usually just click down the list in the morning.  I figure if over the series of x-mornings I get hooked then I'll eventually go back and read the archives.  If I wanted to carry the dating metaphor over, I'm now the town tramp. 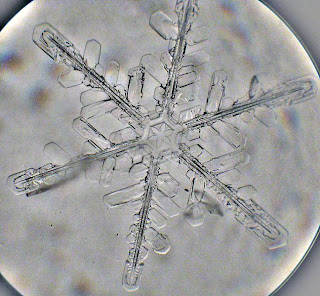 But it's also settling in that I'm really not much of a special snowflake.  All the stuff I ponder and fret about, has been pondered and fretted about already.  At length.  And oftentimes with better quality photos.  That's true of any parent or mommy blog I suppose, which leads into the whole "we're a community" discussion, especially with DS, but I was raised to avoid the group-think.  I set this up so our Gigi could get more her photos more frequently, and the emotional vomit writing was practically an accident.  Though I have to say it has been ....cathartic.  I presume that's why a lot of other people do it too.  A quiet place to make sense of the crap floating around in your head and at least corral it into a structured format (or not, in my case).  So I'll keep chugging along.  It being public I still have mixed feelings about and find bizarre, but I'll also admit I'm vain enough to be flattered that anyone other than my mom wants to read it.  I don't think anyone in my family is ready for the Birth Story, though, which otherwise appears to be de rigueur.  I also don't think my kids' names are probably much of a secret, for anyone who's glanced at more than two photos, or - hey genius - the undoctored Christmas card, but until we acquire more urchins, 'boy' and 'girl' are clear enough.  It'd be nice not to have to type out "my husband" all the time, or the e'er cutesy "hubby".  The DH of the message boards (darling hubby) makes me itchy.  So as of tonight, I have permission... Matt, meet the world.  ﻿

﻿
Also, keeping true to the original intent - The Boy, getting his hair cut tonight with Classy Bear. 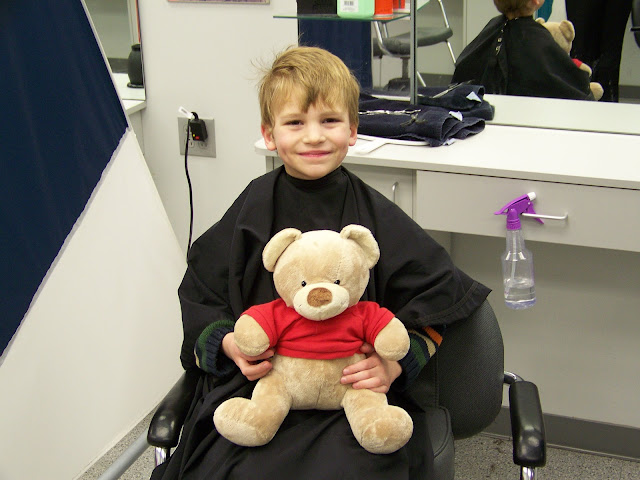