I swear I have real posts in my head but it seems to be a struggle to apply fingers to keypad lately.  It's a quiet weekend here - laundry, soccer, reading... maybe I'll trying to add writing to that list tomorrow, before we dive back into the chaos of our work weeks.  Here are some soccer pictures to tide you over.

Soccer may not be The Boy's thing.  He played in kindergarten and successfully avoided the ball all season, until scoring one magic winning goal in the last game of the year.  We were bad parents though, and instead of building on that momentum, we skipped indoor (winter) soccer and then skipped 1st grade soccer altogether (we missed the cut off, he didn't seem to care enough for us to beg our way onto a team, we were too busy to push it).  But he wanted to try again this year in 2nd grade so here we are, every weekend and Thursday night.  Except it's been social hour for him, not a sport, and he's perfectly happy sitting on the bench, goofing off with his buddies.  You know how cute it is when the preschoolers pick daisies and roll in the grass during games?  Not so cute when it's your 7 year old and all his teammates are playing hard around him.  For the record, he wasn't actually picking daisies but he was definitely in a fog - more than one ball went *swoosh* right by him without a reaction. 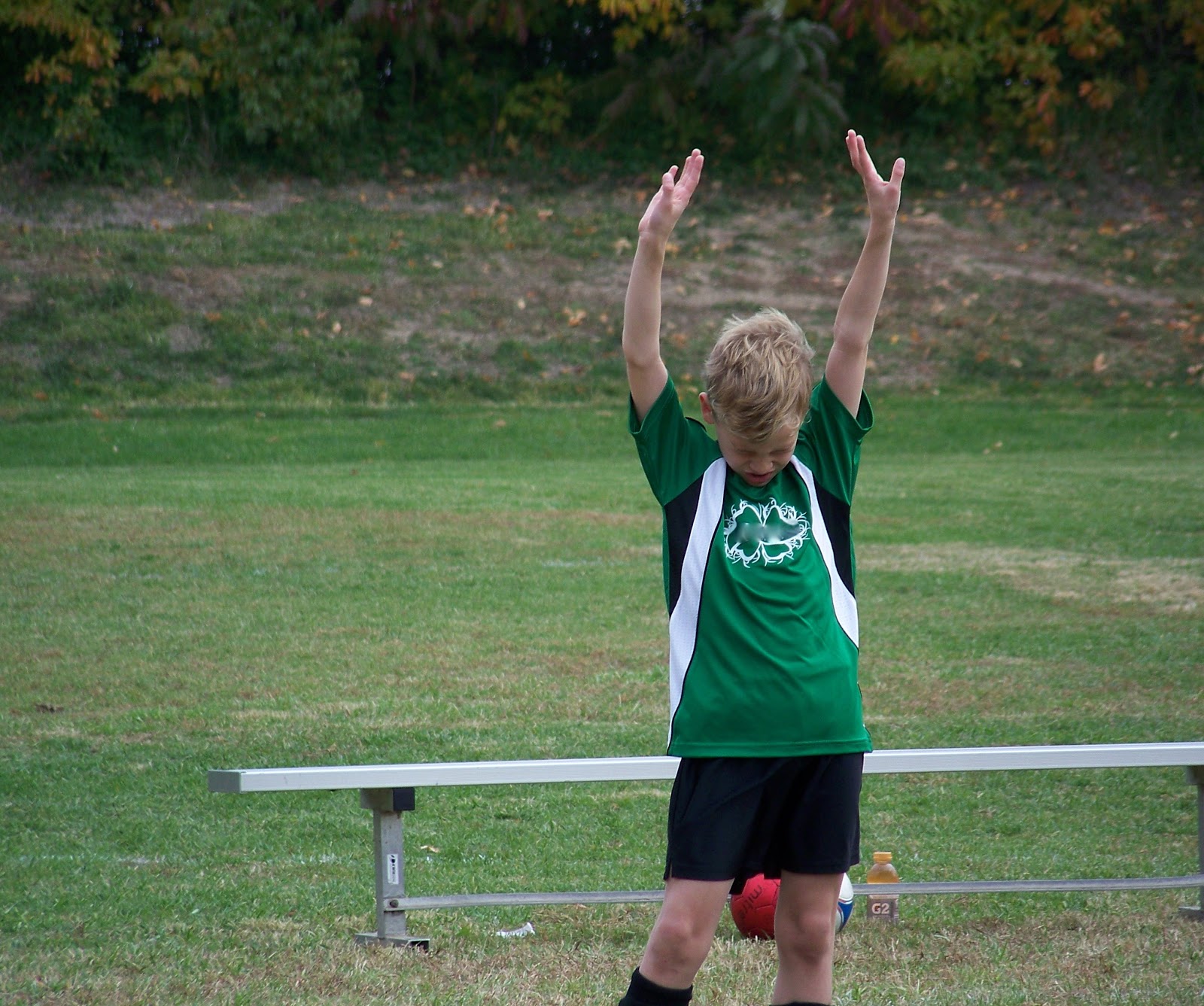 Matt & I discussed this ad nauseum because he's not normally a spacey kid and it was so pronounced during games it was painful to watch.  We tried yelling (Yes! Those parents!) but he'd look over at us and wave.  We tried biting our fists to muffle the screaming but then he just kept happily daydreaming.  Maybe he hated soccer after all?  Maybe he was confused?  Scared of the ball?  Maybe performance anxiety was causing him to shut down?  Then Matt had the BRILLIANT idea of taping some professional soccer games.  I really wish I could take credit for this because watching the grown ups play made something click and all of sudden my kid is hustling after the ball and engaged.  Even the coach commented on it. 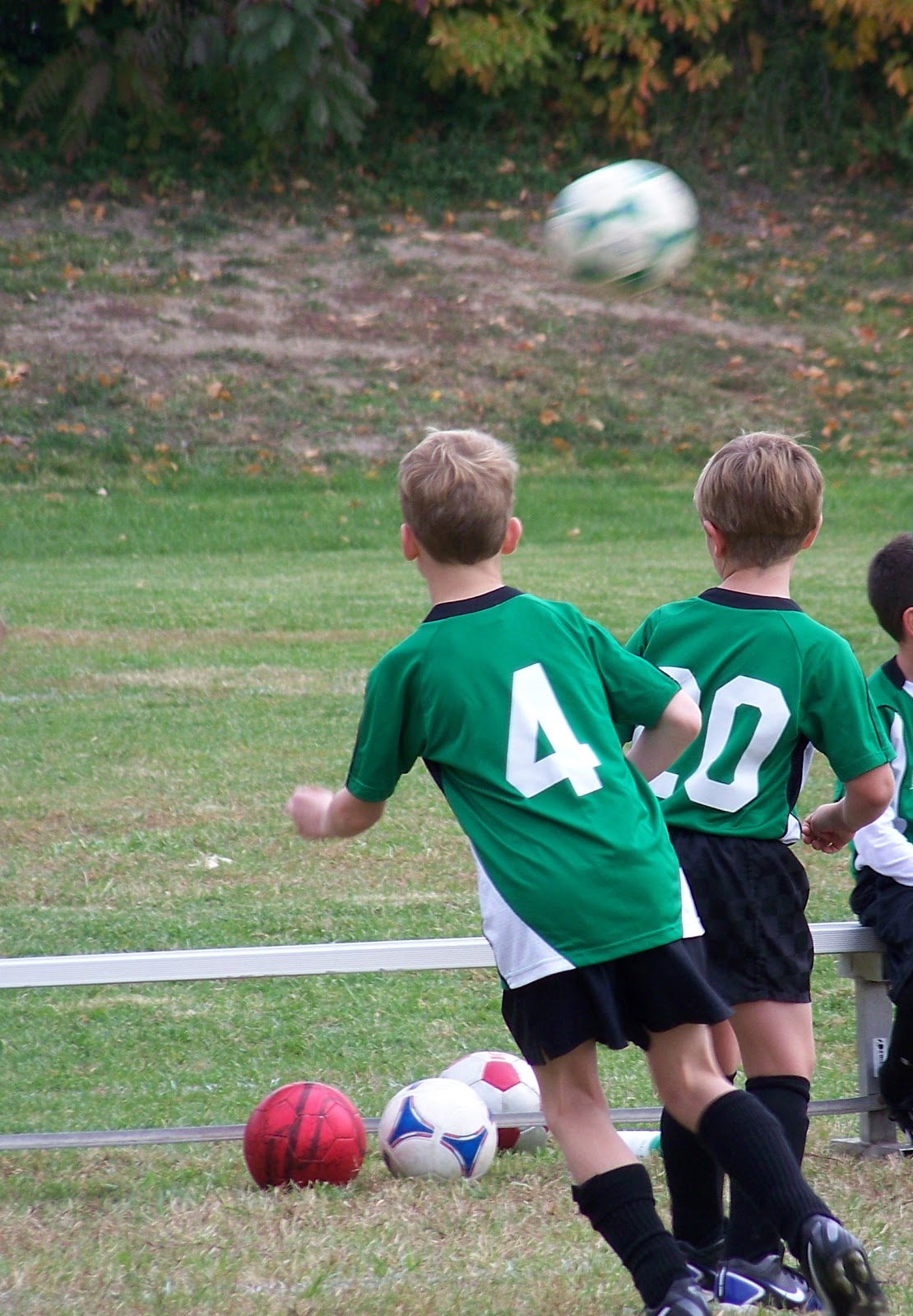 We're not signing him for inter-state tournament play anytime soon and he's still the kid with the most bench time (& today we had to talk to him about not lying down on the bench while benched.  Gah!), but we have progress!  and growth!  We also now have the brilliant realization that my son is a visual learner, just like his mommy and his sister.

Well, since this is now four paragraphs long, I'm going to pass it off as a post:
Parenting any child can be hard.  I've said this before & I will continue to repeat it.  Your kid will not excel at everything and every individual has their own quirks and their own learning styles.  Sometimes you have to thrash around a bit to figure it out, no matter the chromosomal count. 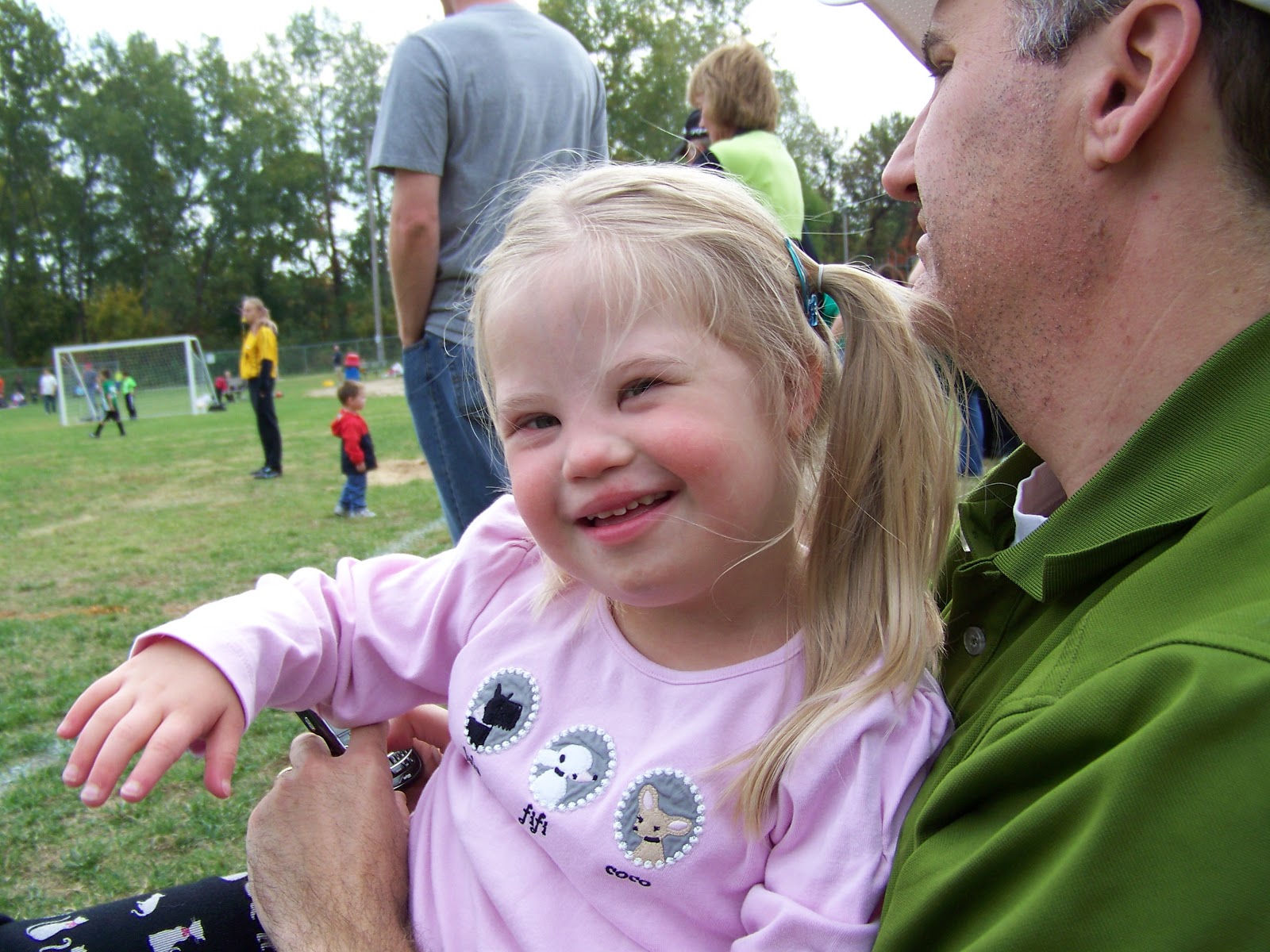 Also:  The Girl sat fairly quietly during most of the game today (could I get one more modifier in there? She has not been so agreeable in the past).  But during half time I let her run and she booked it across the field.  I heard her brother laughing a bit, "Hey, that's my sister!"  So much affection, right there.  What an awesome kid to call out to his pesky little sister in front of all the boys.
Posted by krlr at 11:55 PM