Well before the long hot summer began, I flew home to CA solo for a quick weekend to watch my little sister graduate high school.  There is a 10 20, um, "significant" age gap between us and I never lived nearby while she was growing up so I didn't spend nearly enough time with her, but she turned out to be a fairly awesome woman despite my absence.  I hope she has a wonderful birthday.  Good thing it's on a Saturday since I don't think engineering students are allowed out into sunlight during the week -  Enjoy your 20 minute celebration! 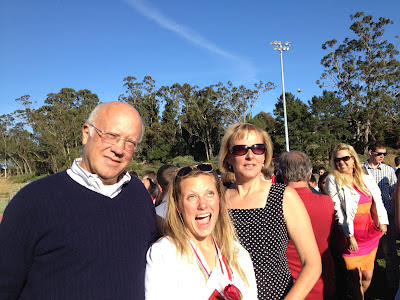 Trips home are always dripping with emotion to start but I will tell you I got a little something in my eye during the principal's speech, "I attest the students, having completed all the necessary requirements..."

Whoompf. There it is.  My girl hasn't even entered kindergarten yet but that was a fun reminder of all the battles and modified curriculum to come. 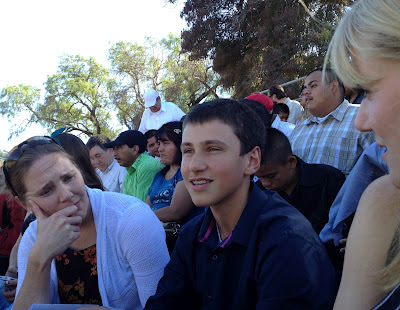 My second take away was the speakers - in a complete reversal of my high school experience, the jock got up and lauded all the diversity in the school, the languages, nationalities, and yes, even the different abilities.  I might have gotten something else in my eye just then.  Damn pollen.  Then the kid with the school's highest GPA got up and tried to sell us on the opportunities in failure and how much he learned & grew as a person after MIT rejected him, forcing him to attend the clearly second rate University of Chicago.  I'm not going to mock an 18 year old kid's speech (my public speaking attempts are stammeringly incoherent), but I bet you can guess which kid I'd rather hire to mow my lawn during the summer.  Do kids even do that anymore?  Maybe not the ones going to U of C. I want to stress I'm not against smart.  My family is chock full of various advanced & professional degrees (yours truly being the lone exception), my career floats on the heads of some very bright lawyers, and my daughter would not be alive today if it weren't for a certain cardiac surgeon.  But this child of mine will be traveling a different path, one that is unlikely to pass thru any hallowed halls, and I fret about those unable to see it's value.  That the "jock" applauded it gives me a little sliver of hope & comfort.

Then the speeches were over, caps were thrown, we went home, and I had a large piece of cake. 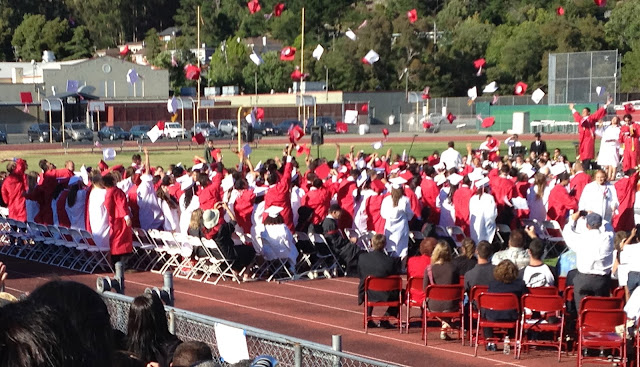 And appetizers.  I can't show you the cake because it was a brilliant copy of her birth announcement and that's way too much information to share with the internet. 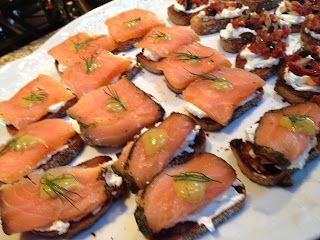 There was also wine.  There is ALWAYS wine. 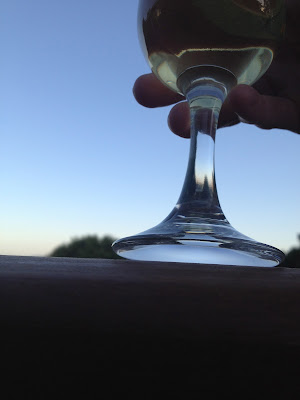 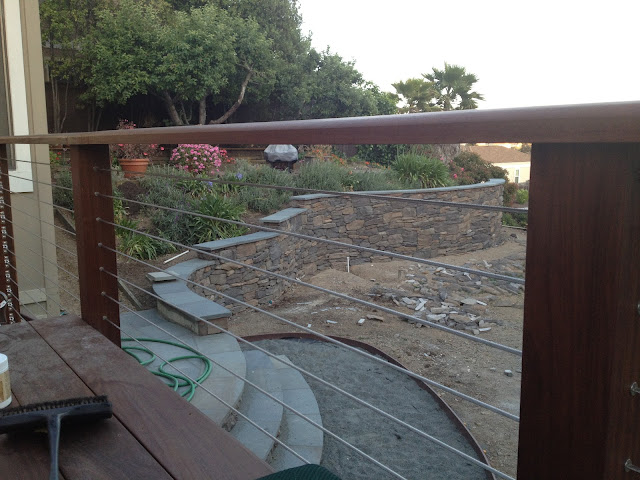