We had a little bit of an adventure the last few weeks.  At the end of September I pulled off one of those mythical scheduling coups:  ENT in the morning, repeat neck X-rays while we were at Children's, then The Girl's 4 year check up in the afternoon.  We even had enough time for a picnic at the playground and a nap between appointments.  It was brilliant except I burned an insane amount of gas driving around while she napped, trying unsuccessfully to find a drive thru coffee place -  both my fancy new smart phone and the great American Starbucks saturation plan were miserable failures.

We live in the sticks and it's an hour drive into town so these appointments are at a minimum a half day off work.  Of course I work about 2 exits up from Children's and driving into work, back to get the kid in question, back into town, and then home again is a special kind of hell to be avoided at all costs, so I usually end up taking the whole day off.  I joke a lot about our phalanx of specialists but I'd hate to give anyone the impression The Girl is a sickly creature.  She is most decidedly not.  She gets a couple extra things checked each year around this time and has had a couple little things fixed.  Well, a couple little things and her heart, which is a critical organ for most people & thus kind of a big deal, but rest were minor outpatient procedures. 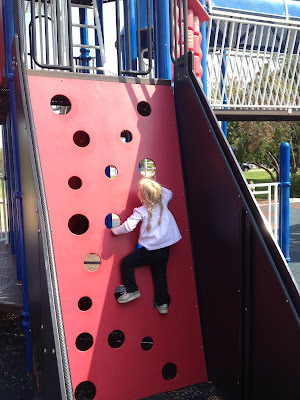 Although someone needs to please remind me of this non-chalant attitude next time we go to Childrens, because in the days leading up to these "minor outpatient procedures" I spiral into a dark place obsessing about all the things that can go wrong when you have a tube down your throat and federally controlled substances being pumped into your veins.

For the record, The Girl has had her eyes fixed twice and an ABR/ear tubes in/adenoids removed once.  Only one set of adenoids to remove, thank goodness.  She's roughly had about one surgery/year. 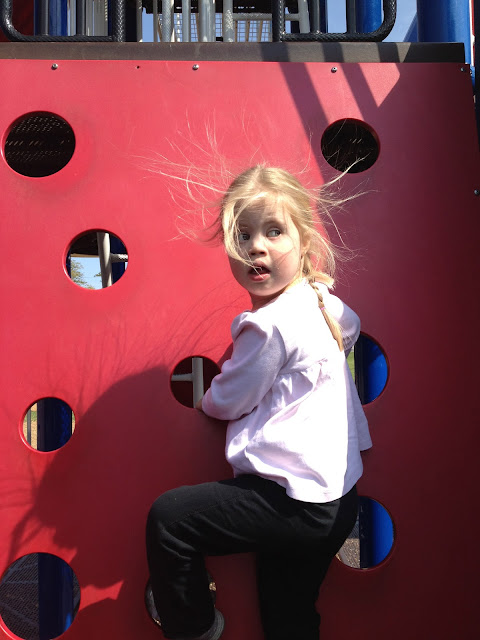 Funny story about the last dealio with the ENT:  after we were checked in, hungry and grouchy because she couldn't eat breakfast, I pushed her in her little car about 8643 times around the loop of the same day surgery unit.  As we got closer to her scheduled time and people started to gather in her room, the nurse manager waved us on for a few more loops.  She said she recognized us and knew we were old pros so wasn't going to make us wait in the room.

I did actually recognize her, but not a chance in hell she recognized us from the previous year.  Not when she has at least (?) 30 rooms on that floor turning over 2-3x/day filled with little kids getting similar procedures, assuredly some of them with Ds too?  I figured she'd looked thru the The Girl's chart, saw we were repeat customers, and was being nice but it was not in my life plan to be on a first name basis with the nurse manager of the surgical ward at Children's Hospital.  [That or she had us mixed up with some other little girl with Ds but let's not go there]. 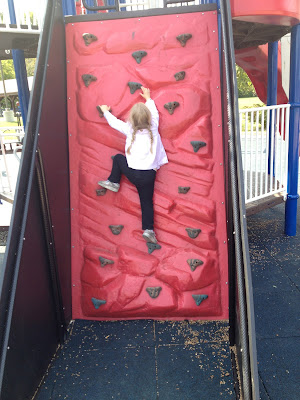 I also just remembered that I never gave a good post-op summary of that last procedure.  I mentioned via email the ABR confirmed her hearing was good, but I never talked about miracle of the adenoidectomy.  She started going to daycare when she was 2 and her nose... Oh!  Her poor little nose had green gunk in it for the next 18 months.  Every now and then it would get better & we'd think her previously sheltered immune system had finally caught up with the pestilence that is community care, only for it to slime up again a few days later.  It was Not Pleasant.  Turns out the adenoids were little viral/bacterial petri dishes and within days of their demise, and henceforth ever after, her nose has been as clean as a Disney restroom.  Had I known that was going to happen I would have taken them out myself.