On Saturday, before Matt & I went out for fancy pizza to celebrate our anniversary and before The Girl got sick, we stopped by the local Ds picnic.  We'd actually intended on attending, but one of Matt's people called in sick (wth with all the germs?  It's like flu season is starting or something!) so he had to go into work for a bit Saturday morning.  The kids and I hung out, nothing very exciting, but they were going to be up late with their cousins & we were going to be up late on date night, so I announced early naptime. 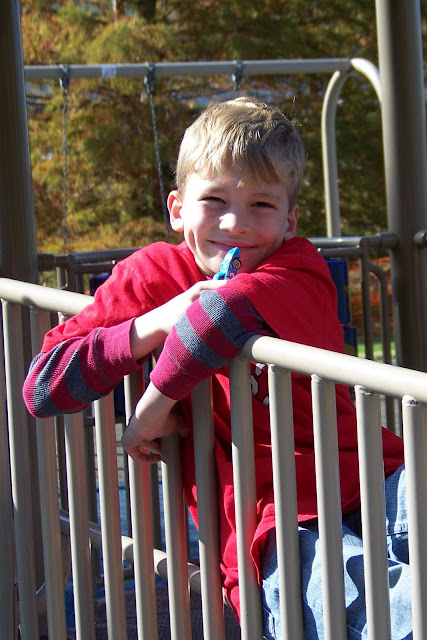 However neither one of these kids actually nap anymore, so I may have just been aiming for 30 minutes of quiet to get showered and dressed in peace, but turns out *I* needed a nap.  I stretched out "for just a minute" and was OUT.  I can almost never sleep past 7 and can never, ever, ever sleep during the day.  Not even if I've been up all night & Matt takes the kids out.  But I was out cold for at least 90 minutes, till the phone rang at noon.  Right when the picnic was starting.  Awesome.

[The Boy was perfectly happy with his unrestricted video game time & The Girl merrily blanketed her carpet with every single piece of clothing she owns.  No children were endangered in the making of this farce.] 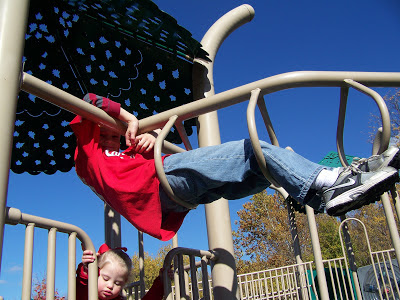 Matt got home just as we were scrambling around finding shoes so ended up joining us.  Which worked out well because he was able to fill the bone dry gas tank as I ran into that finest of delicatessens, the U-Gas.  Cooking is sadly not one my many talents, so I won't pretend I was going to bring some Pinterest inspired hand-dipped delicacy, but I was planning to swing by a store with real food for something slightly more upscale than the monster sized bags of potato & nacho chips I ended up bringing.  But who doesn't love chips, right? 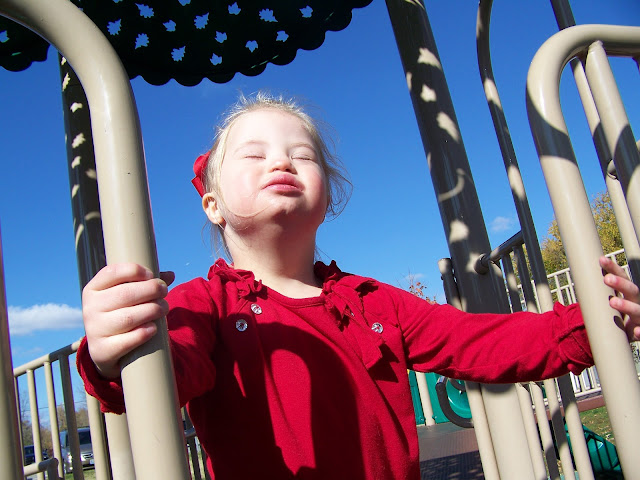 Yes, the family was all dressed in Cardinals red.  Chheeezzzee!
No, I don't want to talk about it.

I didn't get to see my friend but for a second, was my usual shy and awkward self around everyone else, but I did get a yummy cheeseburger out of the deal, and the kids got to play for a bit.  Usual weekend fare hereabouts.
Posted by krlr at 10:52 PM